This 2022, the Moon is determined to annoy us our annual date with the Perseids. The full moon on the 12th will coincide with the peak of meteors (which will be between the 11th and 13th) and that will make it very difficult to see the biggest meteor shower of the year at its peak.

However, if we want to enjoy the tears of San Lorenzo, there is a solution and it is called August 6.

How much is the Moon really going to mess with us? To say that the peak of the Perseids will coincide with very bright skies is a bit abstract, it must be recognized; but luckily we can land it down to concrete numbers. According to Bill Cooke, a NASA astronomer specializing in meteoroids, while “most of us would normally see 50 to 60 meteors per hour during the peak,” “this year the full moon is going to reduce that to 10 to 20 in the best case.”

Ways to dodge the moon. It is a common place to remember that the high point occurs every year between August 11 and 13. However, that often leads us to forget that the phenomenon is active between July 17 and August 24. As we approach the peak, the number of shooting stars seen in the sky increases in the same way that, as we move away, it decreases.

What if we look for a day when the Moon is not bothering us and, as a consequence, the number of visible shooting stars is greater than what we will be able to see at the peak? To do this, the first thing we have to look at is when the Moon will be in the sky to find the most interesting “observation windows”.

When does the Moon rise and when does it set? The National Geographic Institute calculates the times of sunrise (ortho) and sunset (sunset) of the upper edge of the Moon. The calculation is made for Madrid, but it is easy to calculate the exact moment that occurs in each province by following their conversion tables. This is important because there is a difference of about 46 minutes between Girona and Pontevedra (and, to calculate the schedules in the Canary Islands, around an extra hour must be added).

However, for the case at hand, the differences between provinces are not very relevant: during the first days of the month the moon sets early and leaves many hours of night without lighting. Instead, as we approach August 12, the moon delays its sunset until it overlaps with sunrise. In other words, we have a series of days very close to the peak to observe the Perseids without being disturbed by the moon. 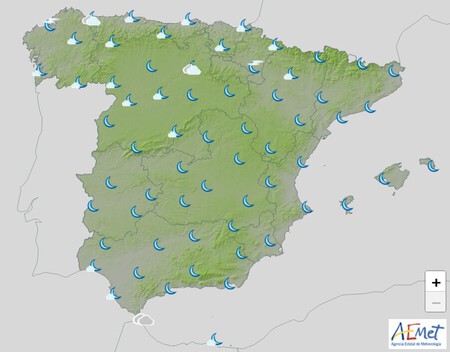 Why August 6? On August 6 there are several ideal circumstances: it is the weekend (which facilitates night outings for most of the population), the moon sets very early and, furthermore, according to the State Meteorological Agency, on Saturday On August 6, most of the national territory will be clear. This is important because the evening and night storms will be with us throughout the month. In other words, on paper, the 6th is a great day to try to enjoy the great astronomical spectacle of the summer. 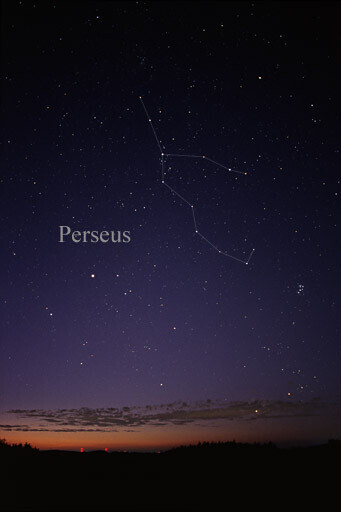 How to see the Perseids? Once we have the day and time, it’s time to find a good observation spot. Do not forget that yes, the Perseids are very bright, but big cities are “light pollution dumps” that “swallow” everything. It is advisable to move to small towns and mountain areas are ideal places.

Beyond that, we will have to look for the Perseus constellation to maximize the chances of success. It is a constellation that recalls a human silhouette with an outstretched arm. Its declination of 45º to the north means that it does not go below the horizon at any time if it is observed from Spain. And enjoy: amateur astronomy is not done alone, you have to do it.