The United States uses anti-Russian sanctions for unfair competition in the global market. This is how Russian Ambassador to the United States Anatoly Antonov commented on the introduction of new restrictions against Moscow. Washington’s actions are putting additional pressure on global markets already suffering from significant disruption to supply chains, he said. Analysts state that the United States continues to impose sanctions against Russia in order to weaken it as much as possible and try to maintain its dominance in the world. At the same time, experts note that restrictions harm not only Russia, but also the States themselves, as well as the entire global economy.

The United States, through the introduction of ever new restrictions, seeks to oust the Russian Federation from world markets by non-market methods, said Anatoly Antonov, Russian ambassador to Washington. This is how he commented on the adoption of a new package of sanctions against Moscow.

“The “sanctions machine” promoted by Washington continues to “stamp” restrictions against domestic businesses in an attempt to oust Russia from world markets. Take the vacant positions through banal blackmail, and not fair competition, ”the embassy’s Telegram channel quoted Antonov as saying.

The diplomat drew attention to the fact that many US sanctions are duplicated, and also stated that Washington does not adhere to its earlier obligations to remove certain categories of goods from restrictions, including metal products and fertilizers.

“Despite numerous assurances from the US Treasury about the removal of such goods, primarily agricultural raw materials, from restrictions, banks, insurers and transport and logistics companies refuse to work with domestic enterprises. Confirmation of the legality of such transactions by international organizations does not always help,” the ambassador stressed.

According to him, such a policy could aggravate the already difficult situation in the global economy.

“Such “diligence” by the US authorities further shakes global markets, already suffering from significant supply chain disruptions. Hence the risks of further price increases and problems with obtaining the necessary products,” the diplomat said.

The greatest damage will be inflicted on developing countries, Antonov added.

In his statement, the diplomat also pointed out the futility of attempts to isolate the Russian Federation.

“No matter how hard our opponents try, it will not work to isolate Russia. We have established ourselves as a responsible, reliable supplier interested in maintaining strong mutually beneficial trade relations with foreign partners,” Antonov concluded.

Recall that on August 2, the US authorities announced the expansion of restrictions against the Russian Federation. In particular, the Skolkovo Foundation, the Skolkovo Institute of Science and Technology (Skoltech) and the Skolkovo Technopark fell under the sanctions. Restrictions were also imposed on the Moscow Institute of Physics and Technology (MIPT), the Research Institute for System Research of the Russian Academy of Sciences, the Zelenograd Nanotechnology Center, the Research and Production Association of Measuring Equipment and a number of other Russian scientific organizations. 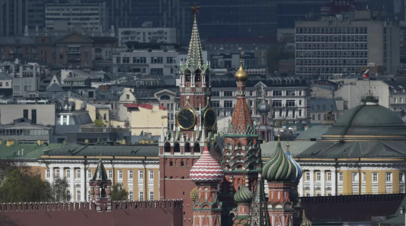 “Washington’s hegemony has collapsed”: why the US does not stop trying to isolate Russia in the international arena

Washington’s statements about the international isolation of the Russian Federation are an attempt to wishful thinking. This was announced in the Russian…

In addition, the sanctions were extended to the Magnitogorsk Iron and Steel Works (MMK) and the chairman of its board of directors, Viktor Rashnikov. The restrictions will also affect MMK Metalurji, located in Turkey. According to the decision of the US Department of the Treasury, all transactions with it must be completed by January 31, 2023.

The vice-president of the Russian Direct Investment Fund Anton Urusov also fell under the sanctions (the fund itself had already been included in the sanctions list), businessman Andrey Guryev and his son, the first deputy general director of the Innopraktika company Natalya Popova and Olympic champion Alina Kabaeva, who, according to release, is included in the management of the National Media Group holding.

In addition, the State Department introduced personal restrictions against the heads of administrations in the territories that came under Russian control during a special operation in Ukraine. We are talking about the mayor of Mariupol Konstantin Ivashchenko, the head of the military-civilian administration of the Kherson region Vladimir Saldo and his deputy Kirill Stremousov.

The US State Department also announced the introduction of visa sanctions against 893 Russian officials, including members of the Federation Council and the military. 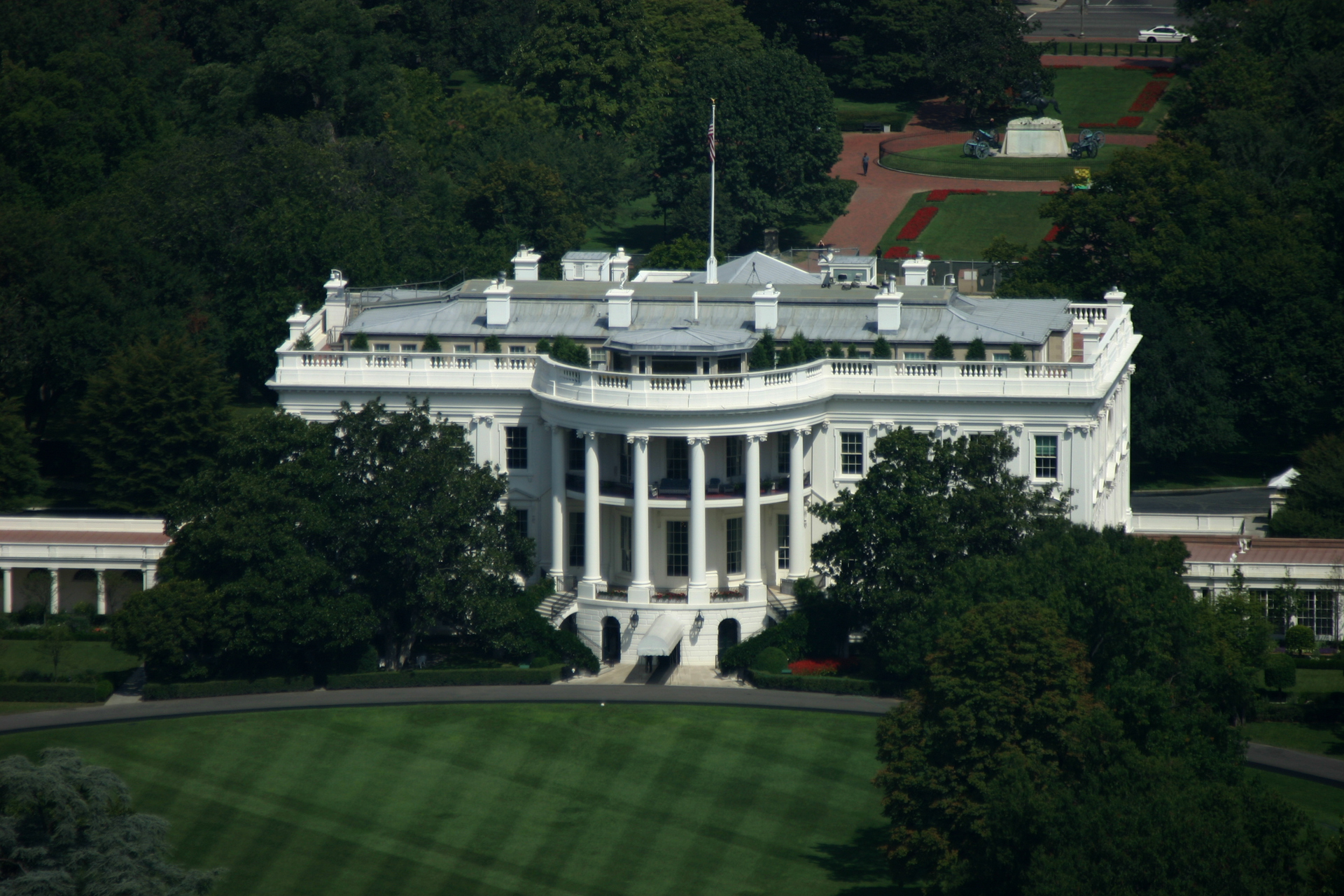 It is worth noting that the United States and other Western countries began to introduce restrictions against the Russian Federation long before the start of a special operation to protect Donbass. According to the materials of the global sanctions tracking database Castellum.AI, almost 11.6 thousand various restrictions have been introduced against Russia since 2014, of which about three-quarters (8.9 thousand) have been introduced since February 22.

Thus, in February, Washington imposed sanctions against banks VEB, Promsvyazbank and 42 of their subsidiaries. A ban was imposed on the purchase on the secondary market of government bonds issued by the Ministry of Finance of the Russian Federation, the Bank of Russia or the National Welfare Fund after March 1, 2022. The operator of the Nord Stream 2 gas pipeline, the Swiss company Nord Stream 2 AG, and its management fell under the restrictions. 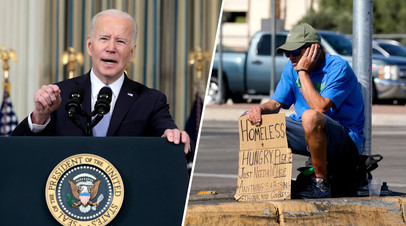 One percent: why Americans do not consider the situation with Russia the main problem of the United States

The vast majority of Americans do not consider the situation with Russia among the main challenges for the United States. This is evidenced by the results…

After the start of the NWO, the States introduced several more packages of restrictions, which included Russian banks, airlines, enterprises, scientific institutes, officials, businessmen and the military. Washington froze the foreign exchange reserves of the Russian Federation placed in the United States, and later banned their use for payments on public debt.

In addition, the United States announced a ban on the supply of oil, gas and coal from Russia. Blocking sanctions were imposed against the largest banks of the Russian Federation, restrictions were imposed on the import of high-tech products, borrowing in the US and European markets for the largest Russian state-owned companies.

American restrictions also applied to imports of fertilizers and other agricultural products from the Russian Federation, but in mid-July, Washington removed these categories of goods from restrictions.

Despite the unprecedented scale of sanctions imposed against Moscow by Western countries, the restrictions did not bring the desired effect. As President Vladimir Putin noted in early July, sanctions are hurting the Russian economy, but the West’s “economic blitzkrieg” has failed.

“As a result of the actions of the Central Bank, as a result of the measures that were taken in a timely manner by the government of the Russian Federation, were supported by the State Duma and the Federation Council, a lot has been done. And the so-called blitzkrieg that our ill-wishers conceived against Russia, the economic blitzkrieg, of course, failed,” the head of state said. 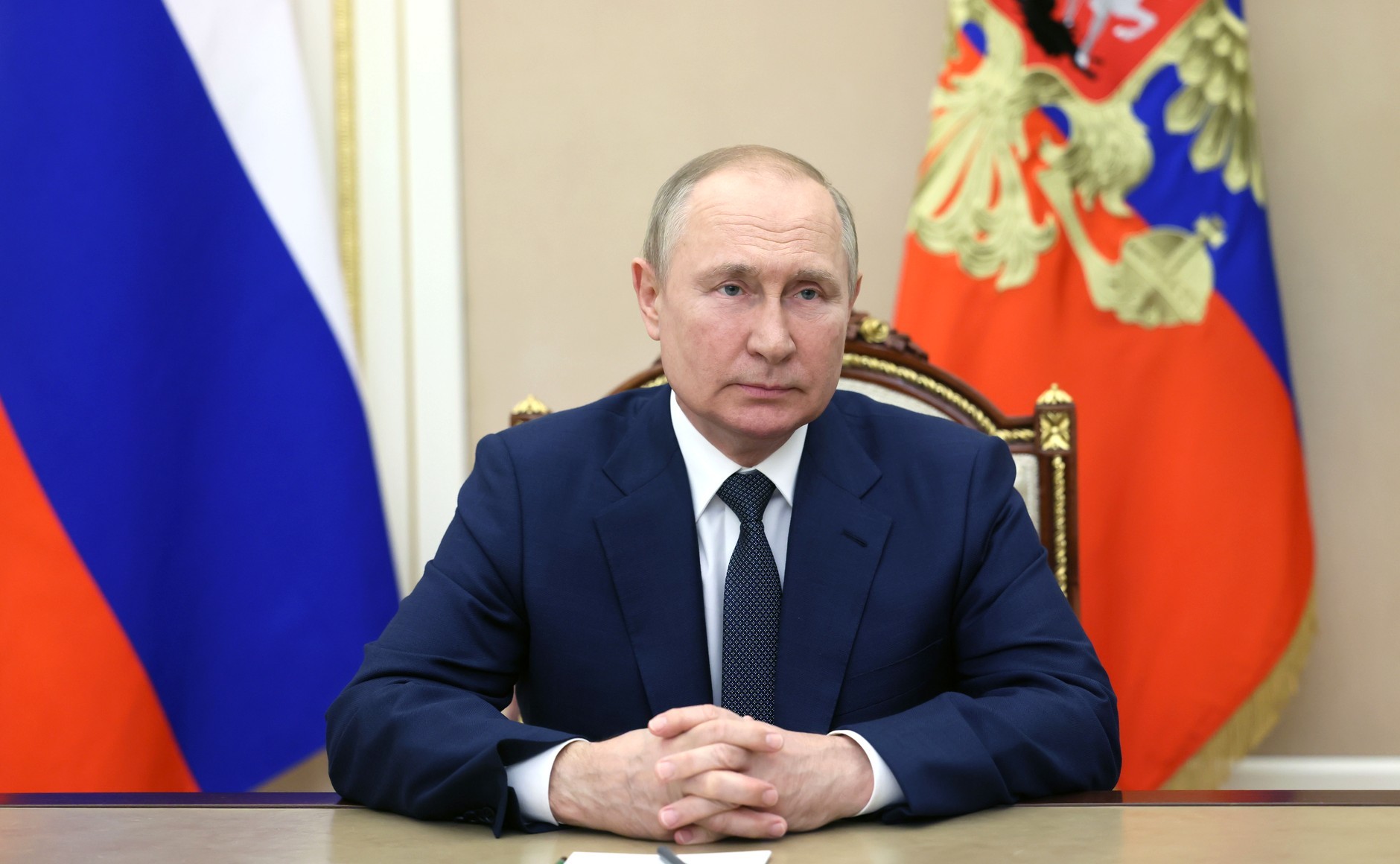 Moreover, according to a number of American experts, the sanctions imposed by Washington hit both the States themselves and their allies. Such an assessment, in particular, is contained in the material of The New York Times.

“Administration (Biden. — RT) and the European authorities did not expect the economic pressure that they are now experiencing. Despite initial assurances that the sanctions would not affect Russian energy exports, the United States subsequently imposed a ban on Russian oil imports, and the European Union plans to reduce oil imports from Russia by 90% by the end of the year. Partly as a result of these actions, energy prices have skyrocketed in the US and Europe.

“Negative effect for everyone”

Analysts note that, despite some damage to the Russian Federation, the sanctions have not justified the hopes of the United States and the West as a whole.

“Sanctions have been ineffective. Of course, they harm Russia, but along the way they damage the US economy itself, world trade, increase prices on the world market. It turned out a triple negative effect for everyone, ”said Yuri Rogulev, director of the Franklin Roosevelt Foundation for the Study of the United States at Moscow State University, in an interview with RT.

According to him, sanctions against the Russian Federation have exacerbated problems in the United States itself.

“In addition to the negative impact of the sanctions, errors in the domestic economic policy of the United States have also been added. As a result, the joint effect is obvious. At the same time, the internal mistakes of the Joe Biden administration would not have manifested themselves so sharply if the United States had not tried to impose restrictions against the Russian Federation, ”the analyst said. 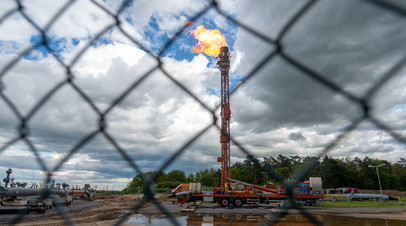 “Can lead to economic collapse”: how Europe is trying to reduce gas consumption

The European Union agreed to reduce gas consumption by 15% by the end of March next year. It is noted that such a measure was taken in light of …

A somewhat different point of view is shared by Vladimir Bruter, an expert at the International Institute for Humanitarian and Political Studies. According to him, Washington still managed to achieve a number of goals with the help of sanctions. Among them is the almost complete curtailment of economic cooperation between the Russian Federation and the EU.

“The United States has eliminated normal relations between Russia and Europe and has greatly harmed the European economy. As a result, Europeans are becoming increasingly dependent on the United States, so I would not say that Washington has achieved nothing. Of course, they cannot ensure that Ukraine wins, but Washington can vary its goals in this conflict, ”the analyst said in a conversation with RT.

Yuri Rogulev stressed that Washington, with the help of restrictions, is indeed conducting unfair competition in the international market. At the same time, in his opinion, the United States is pursuing more global goals, within which they are waging an economic war against Moscow.

RT interlocutors agreed that in the near future the United States is unlikely to abandon the sanctions policy.

“Sanctions have always been one of the widely used tools in American foreign policy. Diplomatic methods, politics, military pressure and economic sanctions – these four tools the United States uses equally depending on the situation. They will continue the policy of sanctions as long as they still have economic influence, as long as the dollar remains the world’s reserve currency, ”concluded Rogulev.