35 years have passed since the premiere of ‘Predator’, one of the most mythical films of the 80s that mixed action and science fiction in an excellent way. Its success led to it becoming a franchise, but the truth is that none of its subsequent installments came close to the level exhibited by the film directed by John McTiernan with a arnold schwarzenegger in physical fullness.

Being so recent the previous attempt -the estimable ‘Predator’ signed by Shane Black– which did not achieve the expected success at the box office, it was surprising that 20th Century Studios so quickly launched a new film in the saga. Of course, this time it’s time to go back in time, since ‘Predator: The Prey’ is set in 1719 to pit a young warrior from the Comanche Nation against one of these sadistic creatures.

Unfortunately, ‘Predator: The Prey’ will finally be released in streaming and not in theaters. Not even the multiple praises he received during the last Comic-Con have served to cause a change of plans, something logical if we take into account the reasons he gave Dan Trachtenberg, director of the film, about its direct release on platforms -on Hulu in the United States and through Disney+ in Spain-. However, what should matter most to us is that we are before a wild, primitive and visceral spectacle who knows how to perfectly integrate the fact that her protagonist is a very skilled but constantly underestimated young warrior.

One thing that should be clear is that the script of patrick aison he takes it somewhat calmly when it comes to the moment where the Predator comes to the fore. The film has an opening section more focused on introducing Naru, the young Comanche woman played very convincingly by Amber Mid Thunderand what is their role within the Comanche people to which they belong.

That base is essential to give ‘Predator: La Presa’ its own identity, since the jump back in time is also associated with a lesser technology on the part of the creature, who soon becomes noticed by the victims he leaves in his wake. This is where a destabilizing factor is introduced that causes strangeness in the protagonist, who is the only one who seems to realize that something strange is happening.

All this initially led me to think that the film was a bit difficult to start, but it has become clear to me that they are still a vital foundation so that what comes later does not end up being another one in the saga. This setting work is essential to immerse ourselves in what could perfectly be the first visit of one of those beings to our planet. Hence, at first it focuses on identifying possible threats to mark them as its prey.

The fight for survival 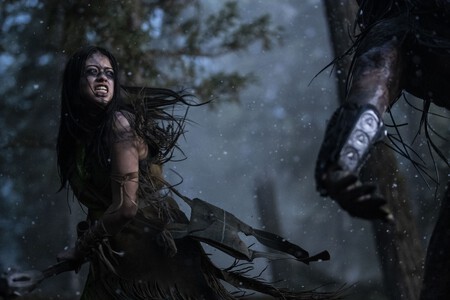 That said, when ‘Predator: The Prey’ really shines is when that factor of fighting for vital survival so characteristic of the saga comes to the fore, both for the forcefulness with which Trachtenberg executes the action scenesin which there is also a remarkable editing work to make them look their best, as well as the skillful handling of suspense so that all this is not a simple carnage.

In addition, the film has a solvent use of narrative so that the fact that everything ends up revolving around his confrontation with Naru makes all the sense in the world. As I pointed out before, here her skills as a warrior are constantly underestimated and it is from there that the growth of a character comes, who becomes on her own merits the best action heroine that Hollywood has given us in recent years. . I can’t think of any at her height after the Furiosa from ‘Mad Max: Fury Road’, really.

I’m not forgetting either the stimulating visual work of the director of ’10 Cloverfield Street’, and by that I don’t mean to the juicy use of gore, but because the place where the story takes place is also important, from the use of fog to that necessary feeling of isolation that prevails at all times. And it is not the same to be the hunter than the target of a creature trained to kill anyone who gets in front of it.

Beyond that, perhaps some miss more important characters -there is only one that has it apart from the protagonist-, but what the film proposes does not need it either. ‘Predator: The Prey’ is the story of Naru and how she has to end up proving his worth against the deadliest predator. And there are few buts, if there are any, that can be put into the film. 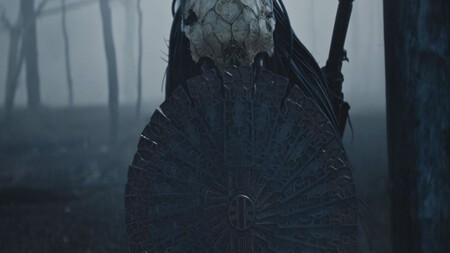 I have to join all those who have said that ‘Predator: Prey’ is the best movie in the saga since the first installment. In fact, I wouldn’t be surprised if some viewers praise her as the best of all. I don’t think it will go that far, but I wish there were more movies like that, the only thing that bothered me a bit was having to watch it at home and not in a movie theater.