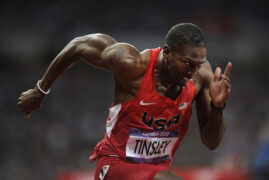 Brain stimulation or tDCS is perfected to improve the performance of athletes. Shocks are applied to specific points in the brain to activate it. “The technique has evolved a lot. It seems that results are being obtained,” says researcher Pedro L. Valenzuela

A student has seen it on Youtube. The homemade technique has been used for years, they assure you. A transistor battery, two wires, two electrodes, and a few shocks on either side of the forehead, where the eyebrows end. They call it a brain battery and it is supposed to help you be more awake, to concentrate, to study better. Works? Multiple studies indicate that it is rarely, but there are those who still try it. A pass is worth the try. And the fact is that the method is not as strange as it seems.

For almost a century, as a result of electroshock therapies, transcranial direct current stimulation (or tDCS for its acronym in English) has been used in psychiatry and psychology to combat disorders such as depression and in recent times it has begun to be used apply in sports preparation. The system is more sophisticated than the brain stack, but the goal is the same, to improve performance through neuroscience, and the question is also the same: Does it work?

“It’s a question in the air. There are studies that say yes and others that say no. For example, in one with golfers rehearsing their drive, benefits were observed, but this was not the case in another very similar one with basketball players shooting free throws. It is a technique that is evolving a lot, especially in the United States. Until recently it was not so far from the home battery technique. Now with what they call high definition stimulation or HD tDCS it seems that better results are being obtained because focus the discharges on very specific points in the brain,” explains Pedro L. Valenzuelaa researcher at Hospital 12 de Octubre in Madrid and editor of the journal Fissac, who tested transcranial stimulation in Spain a few years ago.

At the Madrid High Performance Center, with a small number of triathletes as the object of study, he performed a tDCS session before a swimming test and… the conclusion was uncertain. “The times did not improve, but the triathletes assured that they perceived a greater sensation of vigor, that they were less tired. Due to results like this, cranial stimulation is similar to caffeine,” adds Valenzuela. That simile, in fact, has even been quantified: some studies have found that tDCS causes greater benefits in attention and cognitive performance than taking 200 milligrams of caffeine, the equivalent of two or three coffees. “Although, I already say, with the evolution of the technique that may be changing,” she concludes.

This evolution of the technique passes through the concretion. Until recently, two electrodes of about five centimeters were placed that covered a large part of the head -normally seeking to stimulate the motor cortex- and discharges of about two milliamps were applied for 20 or 30 minutes. For this, various gadgets were invented, including helmets similar to the Beats by Dre, which was marketed by the Halo brand and promoted by athletes such as the sprinter Mike Rodgers -later sanctioned for doping- or the hurdler Michael TinsleyOlympic runner-up at the London 2012 Games. But the evolution at the moment is not so salable, so aesthetic.

High-definition transcranial stimulation is based on a helmet with dozens of points where you can place buttons that produce those discharges in search of the maximum effect. Despite the doubts of the community, some studies indicate a possible improvement in performance of 2%, a very high figure if we are talking about elite sport. And that is why there are already those who demand that it be studied and even that the World Anti-Doping Agency (AMA) intervene.

“It is a technique that deserves a debate: Is it doping or not? There are still many studies on the results it has on performance and, at the same time, on health. The side effects are not known. Perhaps it can cause psychotic breaks and it is being applied without taking it into account. It is an issue that is going to give a lot to talk about in the coming years”, analyzes Alberto Carrioa professor at the Universitat Pompeu Fabra in Barcelona who, through the BBVA Foundation and in collaboration with the universities of Oxford, Louvain Catholic University and Johanes Gutemberg University in Mainz, is studying the ethics of these new procedures and their future.

Perhaps in a few years transcranial stimulation will be part of the preparation of athletes, like physiotherapy or nutrition. Perhaps in a few years it will be completely prohibited and the AMA will have to develop complex methods to detect it. At the moment the question is more basic: Does it work?