Spain is experiencing one of the worst summers in recent years as far as fires are concerned. The heat and poor work during the rest of the year in the forests is not helping to eliminate a problem that is repeated every year.

With record temperatures exceeding 45 degrees and a pressing drought, fires have spiraled out of control across our country. And this has also affected mobility, with numerous roads closed, improvised detours and drivers stopped for hours surprised by the unforeseen event.

Sometimes it is impossible to escape from a situation like this and, in that case, it is best to move aside, follow the instructions of the fire departments and interfere as little as possible his work. However, and as I tell you from my own experience, we can also limit the risks and easily find alternative routes.

How to avoid a road blocked by a fire

In my experience, there three pillars about which we should plan a trip if we have a fire near one of the roads we are going to pass through.

The first thing is to apply common sense. I usually travel to Extremadura and my second home is near the Monfragüe National Park. This year the A-5 motorway has been cut off due to the burning of houses in Miravete. A day later I had to return to Madrid.

The first thing I did was keep an eye on the last News relating to the fire. How the extinction work was progressing, where the roadblocks had been located and what alternative routes could be taken. I know who hit the road without taking any of these considerations and found himself standing for hours on a shoulder.

Google Maps was my second resource. In this case, it can also help us if we travel to a place that we do not know and we are not aware that a fire affects part of our route. Looking for alternative routes, a warning in the Google application alerted me that there was a risk that the road would be cut off by the aforementioned fire. Quite a help if we are already on the move or want to take a look at the route to follow before starting the car.

Lastly, the most interesting option, as it is the official route, is that of the DGT maps. On the agency’s web portal you can find a section called “Information and traffic incidents”. We reach it from the “Traffic Status” drop-down on its main page. 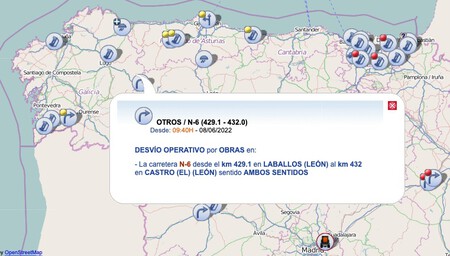 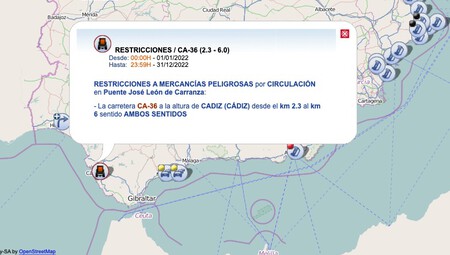 By clicking on the link, we will be shown a map with all the incidents on Spanish roads. It is specified with warning balloons which are the roads affected, the alternative detours and the type of incident. That is to say, in it we find cuts due to fires, but also where an accident has occurred or where there are restrictions on movement, such as the passage of large-tonnage transport.

It is also possible to find notices by bad weather (this includes a “smoke/dust” warning for fires) or alert notices for spills of dangerous substances, among other possibilities.