Ukraine continues to lack Western weapons, despite ongoing supplies. This was stated by the adviser to the head of the office of President Zelensky Alexei Arestovich. According to him, the country needs heavy weapons to develop a successful offensive. He also pointed out to Western partners that the conflict in Ukraine was allegedly not local, but “continental”. Meanwhile, experts note that Kyiv needs Western weapons more to maintain its authority among the population. However, no matter how wide the possibilities of the states that support it, the volume of deliveries will decrease over time, analysts are sure.

Ukraine lacks Western weapons, despite continued supplies. This was stated in an interview with the newspaper Rzeczpospolita by Aleksey Arestovich, adviser to the head of the country’s president’s office.

According to him, the armed forces need heavy equipment in order to develop a “full and effective offensive.”

“You need to understand that this is not a local war, this is a big continental conflict. With such (insufficient. — RT) we can’t cope with this with the number of weapons, ”Arestovich emphasized.

At the same time, he admitted that recently Ukraine received from Poland “a very large number of tanks.” On July 25, the head of the Office of the President of Ukraine, Andriy Yermak, reported on his Telegram channel that PT-91 Twardy had been delivered to the country.

Arestovich also attributed the success of the Russian special operation to the superiority in artillery. However, in his opinion, Ukraine allegedly “changed the rules of the game” by receiving HIMARS multiple launch rocket systems (MLRS) from the United States.

This is not the first time in Kyiv that they have complained about the lack of Western weapons, urging the allies to continue deliveries. In particular, Andriy Yermak made such a request on June 26, setting it out in a column for the Corriere della sera newspaper. According to him, “to put an end to this conflict, Ukraine needs military parity with the Russian Federation.” At the same time, he did not fail to “warn” the Western partners what the defeat of Ukraine could turn out for them.

“Our struggle today is the struggle of the Western countries. If Russia wins, the security of the West and the international order based on the rules that are upheld will be destroyed. And Russia will not stop,” he said.

The need to quickly receive military assistance from the West was also pointed out by President of Ukraine Volodymyr Zelensky, having a telephone conversation with NATO Secretary General Jens Stoltenberg on August 2. 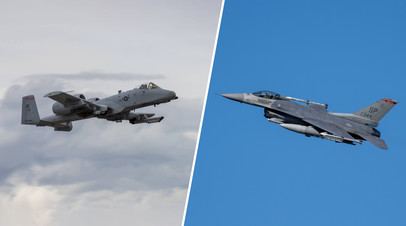 “Impudence is going through the roof”: why Ukraine is not satisfied with the possible supply of A-10 Thunderbolt II attack aircraft

Kyiv does not need the old American A-10 Thunderbolt II attack aircraft, but more modern F-16 fighters, the adviser to the minister said…

“The President of Ukraine separately informed Jens Stoltenberg about the situation on the battlefield and the need for Ukraine to receive more heavy weapons from NATO member countries as soon as possible in order to successfully repel Russian attacks and move on to a further counteroffensive,” Zelensky’s press service said after the talks.

At the same time, later that day, the Ukrainian president admitted that the military potential of the republic was inferior to Russia’s.

“Yes, indeed, we still cannot completely break the advantage of the Russian army in artillery and manpower, and this is very felt in the battles, especially in the Donbass,” he said in an address to the Ukrainians.

According to him, Ukrainian diplomats “are doing everything possible and everything impossible to get for Ukraine the weapon that will finally help stop” Russia. However, he did not specify what specific weapon in question.

At the same time, on June 9, The Independent newspaper, citing American intelligence data, reported on the plight of the Ukrainian army. According to the information received, the Armed Forces of Ukraine (AFU) are suffering heavy losses, as they are inferior to Russian troops 20 to one in artillery and 40 to one in ammunition. In addition, the newspaper noted, losses among personnel demoralize the Ukrainian military, in connection with which cases of desertion have become more frequent. 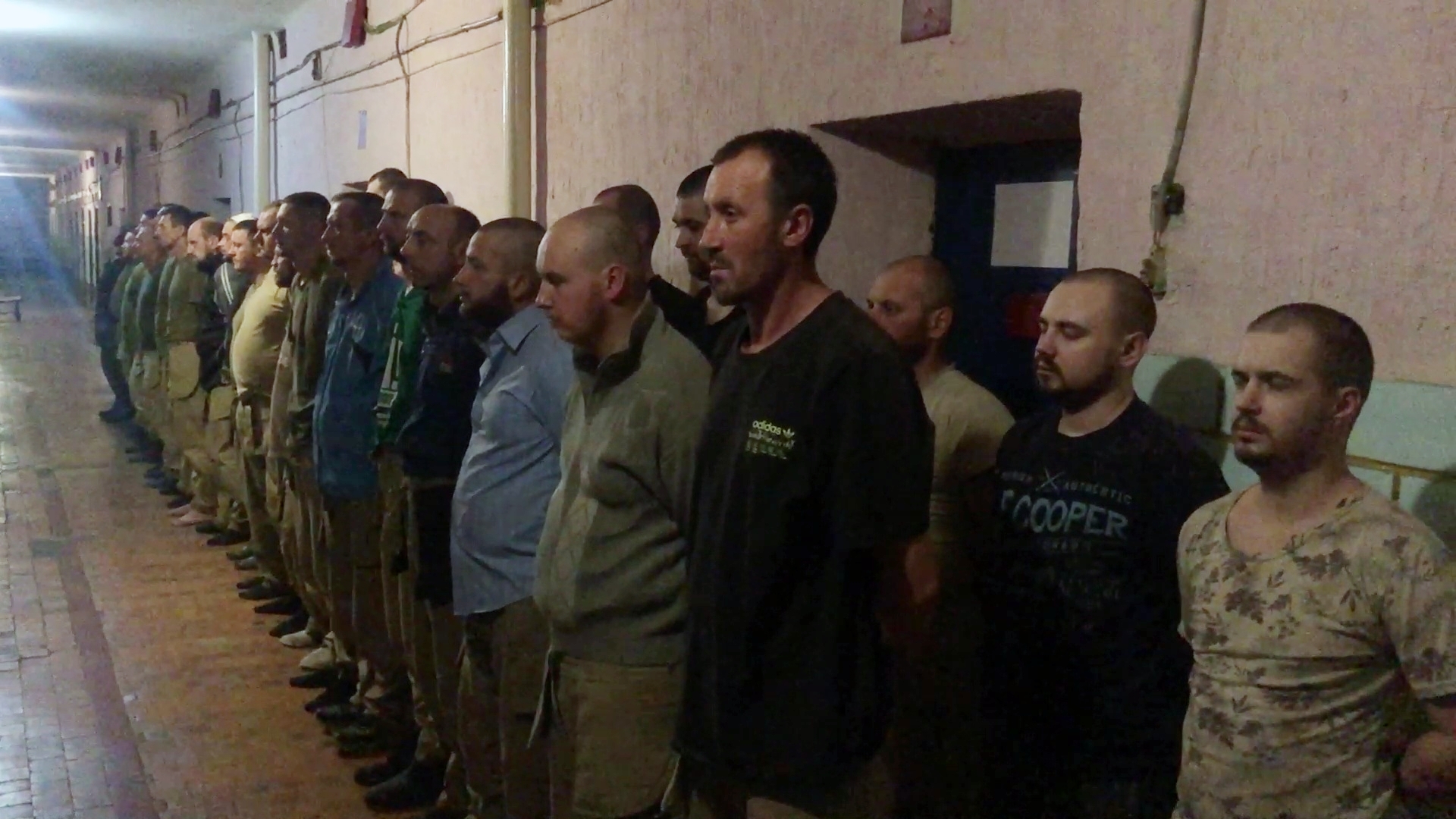 Meanwhile, the West continues to send new batches of weapons to Ukraine and allocate funds for military assistance without constant calls from Kyiv. Thus, at the end of July, Brussels announced a new military aid package “to further support” the Armed Forces of Ukraine in the amount of €500 million. 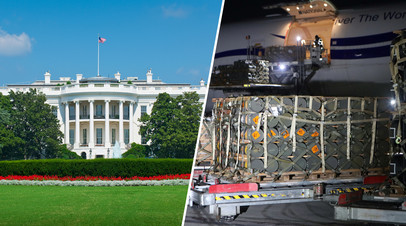 “We’ll have to disarm to the skin”: why the United States announced the possible loss of interest of the allies in military assistance to Ukraine

Maintaining military support for Ukraine in the future could be a “real challenge” for Western countries, said Deputy Assistant…

The next tranche of $550 million was also approved in the United States on August 1. As White House National Security Council (NSC) Strategic Communications Coordinator John Kirby clarified at a briefing, this will be the seventeenth time since Joe Biden took office that his administration has agreed on a security assistance package, using the presidential authority to allocate funds. .

“Thus, for the period from the beginning of the invasion (of Russia. — RT) at the end of February, the volume of material assistance and security assistance provided to Ukraine only within the framework of the authority to allocate funds exceeded $ 8 billion, ”he said.

Germany also continues to support Ukraine with weapons, sending anti-tank systems, mines, ammunition and non-lethal assistance. According to German Chancellor Olaf Scholz, Berlin is transferring to Kyiv, among other things, the latest weapons, some of which the German Armed Forces themselves do not even have yet.

“Some of these systems are so new that only a few units have been made at the moment, and some of them have not even been adopted by the Bundeswehr,” he said in an interview with The Globe and Mail on August 1.

Does not deprive Ukraine and Great Britain of its military assistance. According to Ukrainian Ambassador to London Vadim Prystaiko, the kingdom intends to transfer several of its warships to Kyiv.

At the same time, Russia has repeatedly emphasized that any convoys delivering foreign weapons to Ukraine will become legitimate targets for Russian forces. According to reports from the Russian Defense Ministry, the Russian military regularly destroys Western weapons and ammunition supplied to the Ukrainian army from abroad. In particular, on August 3, the Ministry of Defense of the Russian Federation reported on the destruction of the base in the Lviv region, which stored weapons transferred to the Ukrainian side by Poland.

According to Sergei Margulis, senior lecturer at the Department of International Politics and Foreign Regional Studies at the Institute of Social Sciences of the RANEPA, Kyiv, bombarding the West with requests for weapons, is trying to stay afloat on the Western agenda, and also somehow level Russia’s military advantage.

“Despite the rather large volumes supplied by both the United States and European countries, the firepower of the Russian Federation now significantly exceeds the Ukrainian one, which is very clearly seen on the line of contact. And, of course, the Kyiv regime is pursuing the goal of at least reducing Russia’s advantage in firepower, ”the expert explained in an interview with RT.

In this regard, Kyiv is trying to present itself as an outpost to contain Russia and almost a defender of common Western values, now and then intimidating allies with the consequences of its defeat, he added.

“This tactic has been used since 2014. Thus, the current Ukrainian authorities want to show that they are now fighting not only for the preservation of their sovereignty, but also for their neighbors, in order to prevent Russia from taking them after them. Thus, Kyiv is laying the foundation for the fact that the West is obliged to continue to support Ukraine financially and militarily,” Margulis said.

Political scientist Andrey Suzdaltsev agrees with this point of view. According to him, Kyiv today imagines itself to be the savior of Europe, to which all means should be thrown.

“The dependent position here coincides with the confidence that the whole world should help Ukraine. This is not even manipulation, this is the ideology of its authorities. However, it is not very clear how Kyiv expects to effectively use Western weapons, many of which the Ukrainian military is not even familiar with, ”Suzdaltsev said in a conversation with RT. 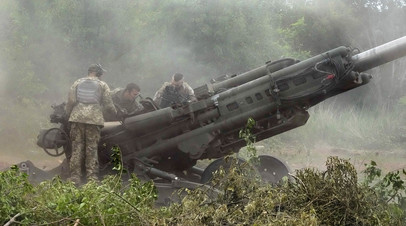 Test site: why Kyiv called on the West to test weapons on the territory of Ukraine

In turn, the director of the Institute of Peacekeeping Initiatives and Conflictology, Denis Denisov, in a commentary on RT, noted that “Kyiv’s appetite for weapons is growing” as the conflict drags on.

“At this pace, the demand for weapons will soon be supplemented by the requirements of Western experts for them in order to use the supplied equipment against the Russian Federation,” he explained.

However, Ukrainian requests so far meet the interests of Western countries, which not only dump old Soviet-style weapons on Kyiv, but also test new weapons on the fields of Ukraine, the analyst added.

According to Sergei Margulis, the West will continue to supply Kyiv with weapons as long as there is at least some hope of signing more or less acceptable agreements in the conflict, that is, until the Ukrainian side is completely defeated.

“In turn, the Kyiv authorities use the fact of ongoing supplies to maintain their own authority among the population of Ukraine. For Ukrainians, the arrival of another batch of Western weapons is presented as a chance to win in the confrontation with Russia. However, in reality, this can only delay the further advance of the Russian units for a short time, but in no way slow it down or turn the tide at the front, ”the expert concluded.