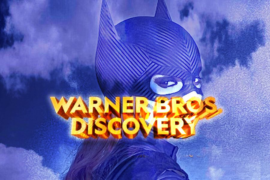 After days of speculation and surprising news, Discovery has finally announced what all the changes it has planned for hbo max

days before Discovery presented its first income statement after the giant purchase it made to acquire WarnerMedia, A series of worrying news flooded social networks. First, we received the news that the tape of batgirl, starring Leslie Grace, had been cancelled, since apparently the quality of the tape did not justify its high production costsso the film would not reach theaters, or the platform.

Also, the cancellation of the sequel to Scooby! which was intended to also premiere exclusively on HBO Max. And then, 6 HBO Max Original Movies were removed from the platform without notice or explanation.

During the day the rumors that hbo max will cease to be a studio that produces original content and will merge into a new service that includes programming from Discovery, generated many doubts about what is in store for productions such as peacemaker, Pretty Little Liars: Original Sin, And Just Like That either gossip-girl.

Finally David Zaslav has spoken and here we tell you everybody the changes that the CEO has in mind to Warner Bros. and streaming.

What will happen to HBO Max?

During your income statement report, David Zaslav reiterated its commitment to movie premieres, since it ensured that “exclusivity generates demand and interest” regarding their productions.

But that will not stop them from continuing to invest in streaming, as the CEO of Warner Bros. Discovery confirmed that hbo max will mix with Discovery+ and that their joint platform will be launched in the fall of 2023 in Latin America. This could also confirm speculations regarding fire 70% of the work team of its platform streaming current, so HBO will be completely in charge of the production of original content.

Another important thing is that they will also modify their subscription plan, so that it will present 3 services: one with no ads, one with limited ads, and one with lots of ads. They did not mention details about the prices they will have, but the CEO assured that “they are looking to offer free services that are based on advertisements”, so maybe this new platform will offer something like pluto tv.

Despite all the rumors surrounding the premiere of Flash and the little certainty he has about the future of DC Comics in movie theaters and television, in its income statement it has not yet detailed exactly what will happen with his next productions. But during the presentation they reiterated that his commitment is with the cinema, but hinted that they are also looking at their distribution modelhinting that they want to expand their reach with video games and experiences as well:

“We seek to maximize the value of our content through a broad distribution model that includes theatrical releases, streaming, cable, free content, video games, products and experiences and more around the world.”

In the morning, it was also confirmed that at least in the United States, part of the scripted content of HBO Max will be replaced by productions of Magnolia Network, one of the Discovery companies that broadcast reality shows and series focused on lifestyle.

What do you think, Cinephiles and Cinephiles? We will update this note as we have more information!