The filling of European gas storages has exceeded 69%, and by November 1, the EU plans to bring the figure to at least 80% for the heating season. At the same time, the regional authorities fear that raw materials may not be enough in winter. Fuel deliveries from Russia have decreased significantly, and it is not yet possible to completely replace them, analysts say. According to American economists, the situation with gas in Europe is no longer just bad, but “disgusting.” In conditions of acute shortages and rush prices, experts expect a number of EU industrial enterprises to stop. The EU leadership is actively urging the countries of the region to share fuel with each other, but experts doubt that states with large reserves will do this for free.

According to the Gas Infrastructure Association of Europe (GIE), the occupancy of underground gas storage facilities (UGS) in the EU countries has increased to 69.3%. The indicator continues to gradually increase in recent months, but still remains significantly below the target values ​​required for the heating season.

“So that you don’t have to distribute the norm”: how the EU wants to eliminate gas dependence on Russia

The head of European diplomacy, Josep Borrell, said that Moscow allegedly uses the gas supplied by the EU “as a means of pressure” and in the union “should …

The European Parliament expects to fill UGS facilities by at least 80% by November 1, while regional operators are urged to strive for the level of 85%. Experts do not exclude that in the end the European authorities will be able to achieve their goals, but even in this case, the EU countries risk facing an acute shortage of fuel in the winter.

“Filling storage facilities by 80% allows Europe to calmly survive the winter only on the condition of stable daily supplies of Russian gas, which are now noticeably reduced. European UGS facilities, in principle, are not designed for such a radical decrease in the pumping of fuel from Russia, so the upcoming heating season will be difficult and critical, ”Igor Yushkov, a leading analyst at the National Energy Security Fund, told RT.

Similar fears are being voiced in the European Union itself. Thus, EU High Representative for Foreign Affairs and Security Policy Josep Borrell warned about possible problems with gas in the coming winter.

“Winter comes every year, but the one ahead promises to be special. Uncertainty is real about whether the European Union will have enough gas and whether it will be affordable (at a cost. – RT),” Borrell wrote on his blog.

According to him, today’s gas prices in Europe are more than four times higher than the levels of the end of February and almost ten times higher than a year ago. The reason for this situation, the head of EU diplomacy considers the shortage of fuel formed in the region against the backdrop of a decrease in supplies from Russia. 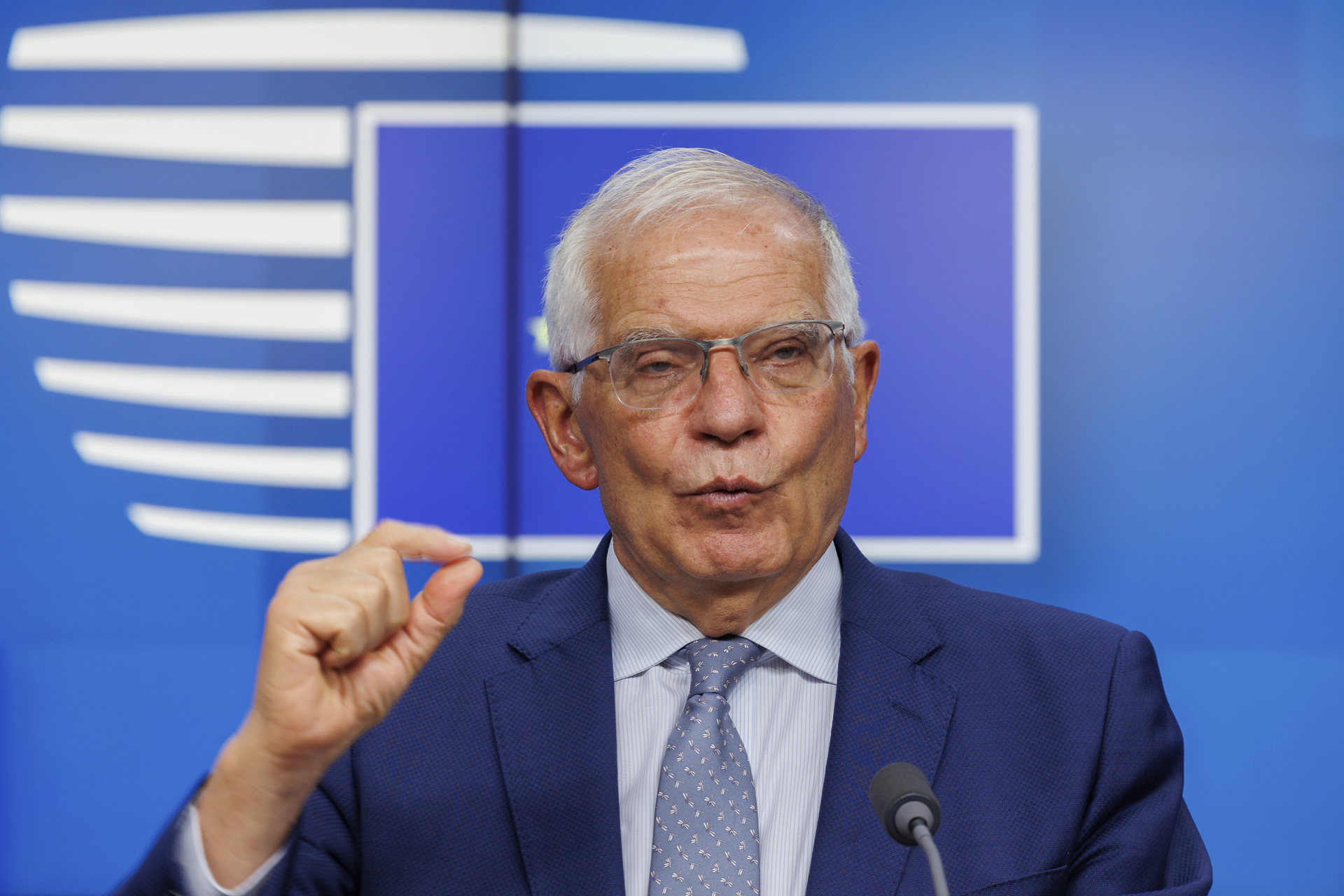 Recall that since mid-June, the pumping of gas from Russia to Europe through the Nord Stream pipeline has fallen by almost five times – to 33 million cubic meters. m per day (about 20% of the total capacity of the highway). Gazprom was forced to reduce the volume of deliveries due to problems with the return of the turbine by Siemens after repair.

Initially, the equipment could not be returned due to anti-Russian sanctions in Canada, where the engine was serviced. Later, at the request of Berlin, Ottawa eased the restrictions and sent the unit, but Moscow never received it due to the lack of necessary documents from Canada. In the meantime, the service life of other installations necessary for the operation of Nord Stream began to come to an end, and Gazprom began to turn them off because they could not send them in for repairs.

In addition to reducing the capacity of Nord Stream, the EU countries have already stopped receiving gas through the Yamal-Europe pipeline. As President Vladimir Putin previously explained, this happened as a result of the imposition of restrictions by Poland. At the same time, Ukraine halved the transit of Russian raw materials through its territory.

“The volume of gas in the European market has decreased and the overall price in the market has risen. Who did win? All Europeans only lost,” Putin summed up.

Against the background of a noticeable increase in the cost of gas, European countries are also facing a rush increase in the cost of electricity. For example, in Germany over the past year, prices have increased by about five times, to €381 per 1 MWh, and in France, by almost six times, to €472 per 1 MWh, according to data from the Nord Pool exchange. 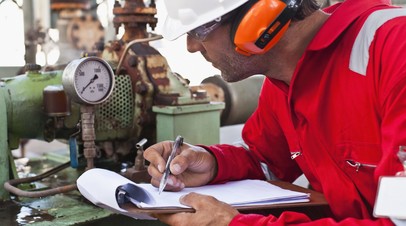 The service is not available: how Europe refuses hot water, heating and city lighting amid gas shortages

The German authorities have set themselves the goal of filling gas storage facilities by 95% by November 1 in order to survive the winter normally. However, experts…

According to economists at Bank of America, the current gas situation in Europe is rapidly moving from a “bad” scenario to a “disgusting” one. This was recently reported by the news portal Business Insider with reference to the company’s research.

“With increasing pessimism about Russian supplies, European spot and forward natural gas prices are fixed in a higher range… With the Nord Stream gas pipeline operating at 20% of its capacity, filling storage facilities by winter may not be enough, and the EU is now planning a large-scale consumption rationing” , the authors of the report note.

As Dmitry Skryabin, portfolio manager at Alfa Capital Management Company, told RT, under the current conditions, European states are beginning to actively switch to alternative energy sources to gas. First of all, we are talking about coal and fuel oil. Thus, many EU countries have already announced the resumption of operation of coal-fired power plants, which were previously decommissioned due to the environmental agenda.

“Along with this, restrictions on energy consumption are being introduced in Europe. For example, in Germany, the lighting of buildings and hot water in offices are turned off, and in some countries, temperature rationing in rooms has been introduced when using air conditioners or heaters,” Skryabin added. 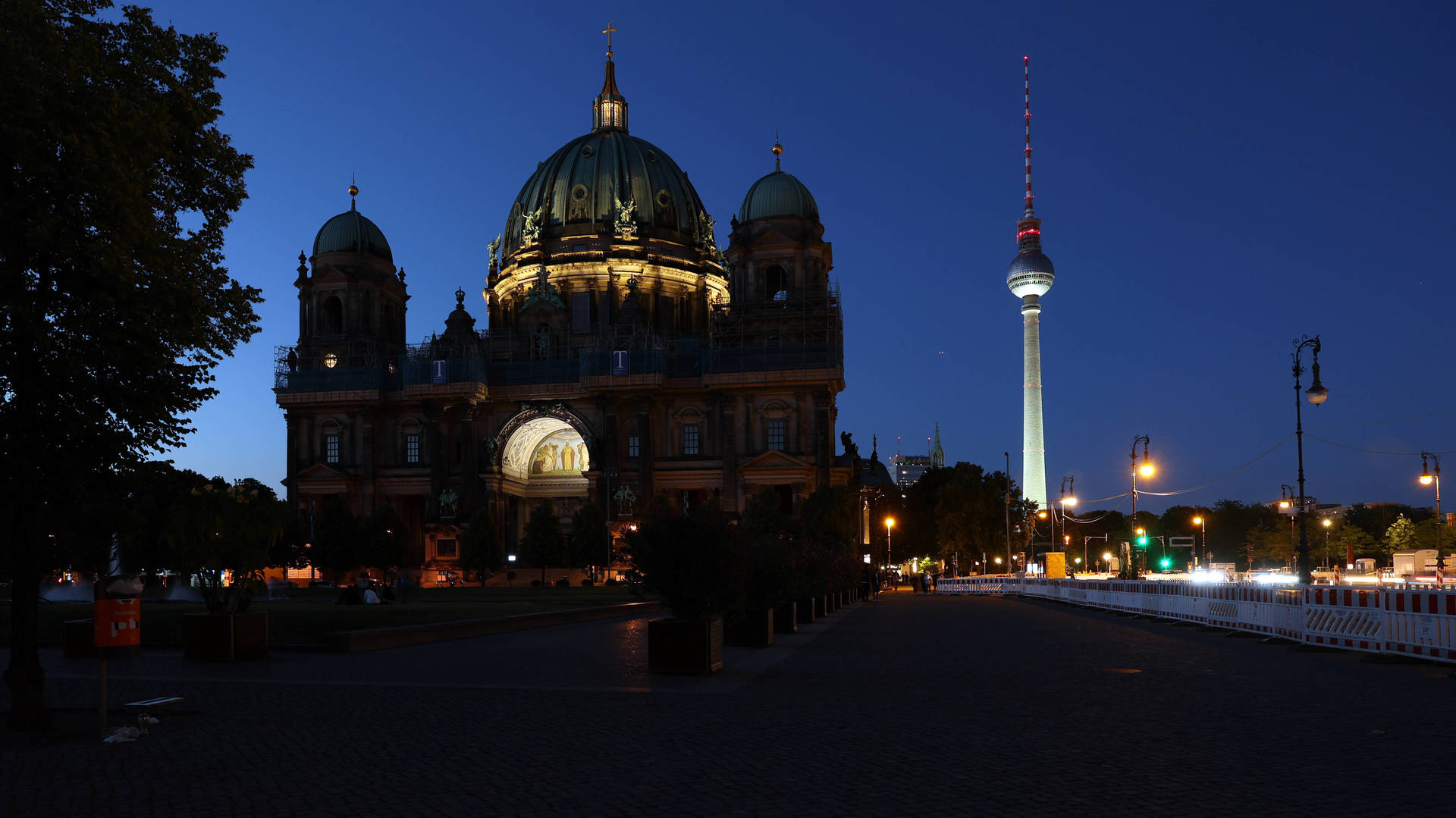 According to Josep Borrell, since the beginning of the year, the share of Russian raw materials in total EU gas imports has decreased from 40% to 20%, while the share of LNG from other suppliers has increased from 19% to 37%. At the same time, the European Union increased purchases of pipeline fuel from Norway, Algeria and Azerbaijan, the head of European diplomacy added.

Nevertheless, the EU’s attempts to replace Russian gas still do not make it possible to cope with the fuel shortage in the region, Igor Yushkov believes. According to him, a complete rejection of raw materials from the Russian Federation will require the shutdown of a number of industrial enterprises in Europe. At the same time, an additional increase in gas supplies from other suppliers remains problematic for the European Union, Natalya Milchakova, a leading analyst at Freedom Finance Global, told RT.

“Firstly, competing suppliers must have the same volumes of gas that Russia can supply today. Secondly, you need to agree to their terms. For example, Qatar is ready to replace Russia by supplying gas to all of Germany, but the Qatari state gas company demands a contract with it for at least 20 years, and this is not what Berlin wants,” Milchakova added.

Against the backdrop of a growing shortage of gas, the EU countries agreed at the end of July to jointly reduce the consumption of raw materials by 15% until the end of March 2023. The approved plan provides for exceptions for some EU countries, and the reduction in gas consumption itself should be voluntary. However, in the event of an even greater aggravation of the gas deficit in the region, the reduction in demand will be forced. 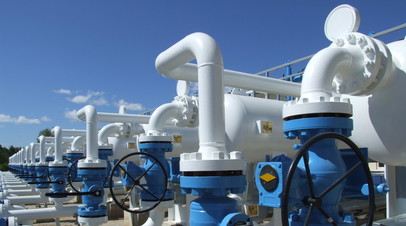 “Fuel may not be enough”: how Latvia plans to refuse Russian gas

The head of Latvia’s main gas operator Latvijas gāze, Aigars Kalvitis, said that the country continues to buy Russian gas. Riga is not…

“It is important that all Member States reduce consumption, that everyone saves more and shares it (gas. — RT) with those members who suffered the most. Energy solidarity is the main principle of European agreements,” said the head of the European Commission, Ursula von der Leyen.

At the same time, experts doubt that European countries will really be ready to show such solidarity in the gas issue. According to Igor Yushkov, the authorities of the EU states are now largely focused on solving their internal problems and therefore will not help each other to the detriment of their own consumers.

“If there is an acute shortage in one country and for a short time, then perhaps they will share gas. But if the situation worsens in many countries, then no one will risk their consumers for the sake of a neighbor. National governments understand that their re-election depends on the will of citizens, and they will try to ensure that the domestic market goes through the heating season normally, ”Yushkov emphasized.

It should be noted that the authorities of Poland have already declared their unwillingness to share fuel with their neighbors, although the country’s underground storage facilities are almost 99% full today. According to Natalya Milchakova, in the case of gas, the manifestation of European solidarity is just a matter of price.

“For sure they will share, but gas will be literally worth its weight in gold. That is, those countries that have more gas in UGS facilities can charge a higher fee for the supply of raw materials on the reverse,” the analyst noted.

However, even in this case, the disconnection of industrial enterprises from energy is unlikely to be avoided, Igor Yushkov is sure. In his opinion, the supply of heat and electricity will be kept only for residential buildings and social facilities, and then the authorities of the EU countries will act according to the residual principle.

“In general, the energy crisis is pushing the EU economy into recession: enterprises are closing or reducing output, because their goods are uncompetitive due to high energy prices. Plus, inflation is on the rise. If things continue like this, then not only the EU, but also the United States and the entire world economy will plunge into recession, ”the expert concluded.