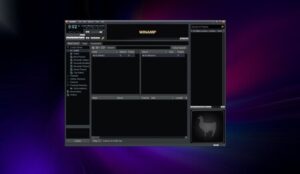 Before the revolutionary arrival of the iPod, even long before streaming music from Spotify, Winamp was one of the most famous media players among Windows users. It had a distinctive interface, could be customized with skins and it was great for ripping music from CDs and putting together playlists.

The truth is that the years passed, times changed and many of us believed that Winamp’s life had come to an end. However, in 2021 we learned that the developers were working on a new version, although we had few clues. Now, after a time of betas, the Release Candidate of the software has been published.

Four years has been the time that the development team has needed to reach this point with the multimedia player software. It hasn’t been four straight years, as developers took a months-long hiatus during the pandemic. In any case, we have moved from version 5.8 to version 5.9 RC 1.

At first glance we may not detect many changes. The skin modern is still current and the different columns and functions of the player seem intact. However, the bulk of the update comes from within: the Visual Studio 2008 code base has been migrated to Visual Studio 2019 to add new features.

Those new features aren’t there yet, but working in Visual Studio 2019 the team now has the necessary foundation to work on a more substantial update. Of course, along the way we have also lost some compatibility. Winamp no longer supports Windows XP, Windows Vista and earlier versions.

The new minimum requirements require Windows 7 SP1 or higher. This means that the player works flawlessly on all later versions of Microsoft’s operating system, including Windows 11. The good news is that all those interested in trying out Winamp 5.9 RC 1 can now download it.

If you are wondering how to get it, it is very easy. Just look for the download link on this page. YoImmediately the software will start to download in an executable .EXE, although it may be detected as “malicious software” by your browser or antivirus. According to Bleeping Computer, these are false positives. 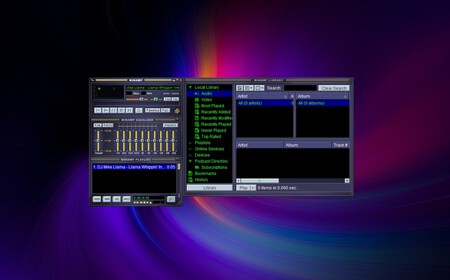 Once downloaded, all that remains is to install it and start using it, you can even configure the skin original to immerse yourself in a retro experience of the highest level. It should be noted that Winamp 5.9 RC 1 is not a final version, but a “Realse Candidate” version that is not yet ready for mass deployment to the public.

We will have to wait a little longer for the arrival of the final version, which promises to include native support for formats opus, ogv/ogm, TS, H.265, HLS and VP9 and support for new online services. Are we facing an alternative to VLC and Windows Media Player to listen to music? Possibly yes, with time we will know.