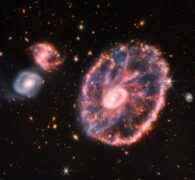 It was stated that the US National Aeronautics and Space Administration (NASA) and the European Space Agency (ESA) revealed new details about the star formation and central black hole of the galaxy, together with the images of the galaxy named Cartwheel by the James Webb Telescope. It has been reported that the appearance of the Chartwheel Galaxy, resembling a car wheel, is formed as a high-speed collision of two galaxies, one spiral and the other smaller.

In the joint statement made by NASA and ESA, it was stated that the collision most affected the shape and structure of the galaxy, and that the Chartwheel Galaxy, which was formed by the collision of a bright inner ring and a colored ring surrounding it, expanded out from the center of the collision.

THE OUTER RING HAS BEEN EXPANDING FOR 440 MILLION YEARS

NEW INFORMATION ABOUT THE BLACK HOLE

In the statement, he stated that the Cartwheel Galaxy has been studied by other telescopes, including the Hubble Space Telescope, but could not reveal enough mystery due to the amount of dust blocking the view of the galaxy, while the James Webb Telescope, with its ability to detect infrared light, is now star formation in the Carwheel Galaxy and it was reported that it revealed new information about the black hole in its center. 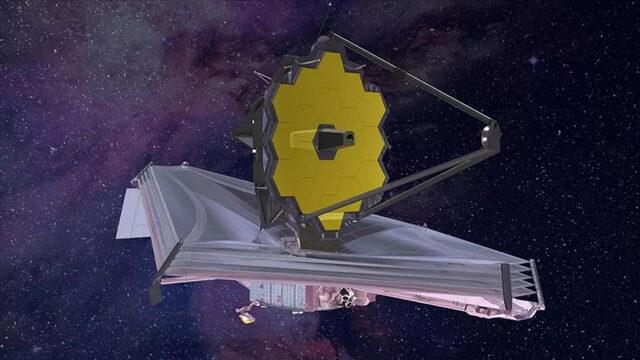 “James Webb gives us a snapshot of the current state of the Cartwheel, while also giving us an idea of ​​what has happened to this galaxy in the past and how it will evolve in the future,” the statement said.

THIS IS WHAT HUBBLE LOOKED IN 2018

This is how the Chartwheel Galaxy was previously viewed by the Hubble Space Telescope in 2018. Compared to the new photo from James Webb, there is quite a difference in detail. 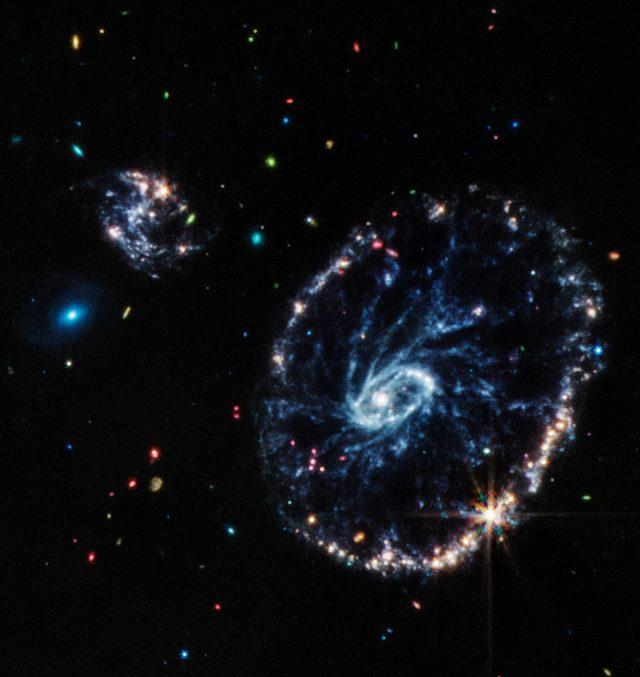