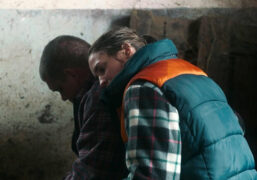 We present the winning films, short films and documentaries of GIFF 2022

The Guanajuato International Film Festival (GIFF) ended its 25th edition presenting its films, short films and documentaries This year’s winners, among which are the Guatemalan Andres Rodriguez, the young mexican director Abraham Escobedo-Salas and international films like A Piece of Sky.

In addition, projects such as time theorem from the director Andrew Kaiser, who won as Best Mexican Documentary Feature Film Y won a press award. The documentary has also been recognized at international festivals such as the Munich International Documentary Film Festival.

Meet the highlights of the 25th Edition of the GIFF:

The film tells the love story of Anna and Marco when the latter is diagnosed with a brain tumor. In the tense relationship between the village community and the effects of Marco’s illness, Anne tries to preserve a love that ultimately overshadows even death.

The film places the audience in the middle of the daily life of a high school, exposing the struggles of its students who, in addition to dealing with school, seek to sustain their friendship and their future. Therapy Dogs has been recognized internationally at festivals such as Slamdance, where it won a prize for $25,000 dollars and the approval and mentorship of the directors of Avengers: Endgame Joe and Anthony Russo.

Roza takes us into the difficult return of Hector to his community in the highlands of Guatemala, after a frustrated migration to the United States. The experience that his previous trip has had on him affects the way his family perceives him, in addition to finding that his town is at the mercy of an evangelical pastor and that work is in a critical point.

It borders on Rodriguez’s debut feature film, whose previous short film, Darwin, It has had a long journey in various international festivals.

Time Theorem It is a personal work of Andrew Kaiser about family memory, which is made up of archives, thousands of photographs and hundreds of impeccably organized home movies that belonged to his grandparents. This documentary takes a closer look at the history of Kaiser’s ancestors, as well as highlighting the importance of knowing the roots from which we descend.

The documentary tells the life of the Holookunz crew, a group of young people in their twenties who dance in a public park in Jalisco and participate in a national competition.

– Of nothing (dir. Pablo Balderas)

Winners in the Documentary Category

– Do not worry (directed by Juan Vicente Manrique Gómez)

– How to Save a Dead Friend (dir. Marusya Syroechkovskaya)

Winners in the Animation Category

– Do not feed the pigeons (dir. Antonin Niclass)

Winners in the Guanajuato category

Best use of VR

– The hostdirected by Katherine Ruiz, from the Meritorious Autonomous University of Aguascalientes

– The miracle directed by Martha Leyva, from the Autonomous University of Nayarit

– The things we never said by Dariela Perez Hernandez

What do cinephiles and cinephiles think? Would you like to see the GIFF winning projects?