The cancellation of ‘Batgirl’ has created an earthquake in Hollywood. The DC Universe movie had a budget of 75 million dollars that grew to 90 due to surpluses related to COVID and had already finished shooting months ago. After the test screenings and with the directors Adil El Arbi and Bilall Fallah (‘Bad Boys for Life’, ‘Ms. Marvel’) working on post-production, Warner has decided not to release it, not even in HBOMax.

a pact with the devil

The star Leslie Gracehad given multiple interviews expressing his excitement at landing the lead role and working with co-stars Michael Keaton (as batman) J K Simmons (as his character’s father, Sheriff Gordon) and brendan fraser (as the villain, Firefly). everything points to the film being almost ready so it’s very hard to conceive of Warner Bros. Discovery throwing it away. According to sources with knowledge of the situation that rescues Variety, the most likely reason would be taxes.

Multiple sources tell the outlet that ‘Batgirl was made under a different regimen at Warner Bros., headed by Jason Kilar and Ann Sarnoff, which was particularly focused on building the HBO Max streaming service. Decisions made to strengthen the platform included Kilar’s idea to release all the studio’s films planned for theatrical release in 2021 simultaneously on HBO Max, which helped build a subscriber base but also put the studio’s reputation in jeopardy. 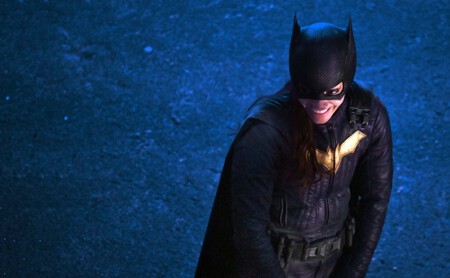 A-list actors disagreed with this decision, so even before David Zaslav took the reins of the newly formed Warner Bros. Discovery as CEO this spring, the executive went on a much-publicized tour designed to repair the company’s relationship with the creative community. As part of that effort, Zaslav has made no secret that he reversed Kilar’s strategy and committed to releasing feature films in theaters before putting them on HBO Max.

There is no room for mid-level movies

‘Batgirl’ is on the downside of that decision, apparently neither big enough to feel worthy of a big theatrical release nor small enough to make economic sense in an increasingly cutthroat streaming landscape. Spending the money to expand the reach of ‘Batgirl’ in theaters, with an expense between 30-50 million dollars needed to market it nationally and other tens of millions more needed for a global launchhe could have nearly doubled the spending on the movie.

Experts assure that that perspective is unthinkable at a company that has recently focused on tightening its belt and in the final result. Spokespeople for Warner Bros. and Warner Bros. Discovery have declined to comment to Variety on this matter, but the only thing that is clear is that right now, releasing the film on HBO Max would seem like the most obvious solution. However, the company has not only shelved ‘Batgirl’, but the sequel to ‘Scooby!’

“The movie is practically finished and turned out beautifully. I am beyond heartbroken.” pic.twitter.com/PvaCKPNU5T

The director of ‘Scooby: Holiday Haunt’ has also shown his dismay at the decision, which is sure to be difficult for him to understand with the film almost finished. Variety assures that several sources say that it is almost certain that a tax deduction for what was spent on both movies it is seen internally as the most financially sound way to recover costs, at least in accounting terms, which could be justified by attributing it to a change in strategy after the merger of Warner and Discovery. However, hDoing so means that Warner Bros. cannot monetize either film, neither on HBO Max nor through sale to another studio.. A pact with the devil.