The League is a priority for him America. Fernando OrtizArgentine coach of the azulcrema team, is aware that it is urgent to straighten the path in the local championship and the friendly match against LAFC He faced him with a box full of substitutes.

The Tano 10 soccer players who started on Sunday were saved in Lionsame that are outlined to be part of the stellar painting before braves of Ciudad Juárez next weekend at the Aztec stadium.

Guillermo Ochoa, Néstor Araujo, Luis Fuentes, Jorge Sánchez, Pedro Aquino, Diego Valdés, Álvaro Fidalgo, Alejandro Zendejas, Jonathan Rodríguez and Henry Martín were the players to whom the load was dosed; the only one who repeated was emilio lara playing as a right back and not as a center back, a position in which he had been used.

And it is that the urgency of returning to the path of victory is real considering that they are located in position 15 with just 4 points harvested, although it should be remembered that the Eagles they have a pending match against Santos Lagunacorresponding to Day 5 of the Opening 2022.

YOU MAY ALSO BE INTERESTED IN: CHICHARITO HERNÁNDEZ: ‘CHIVAS IS MY FIRST LOVE, IT IS THE CLUB OF MY LOVES’ 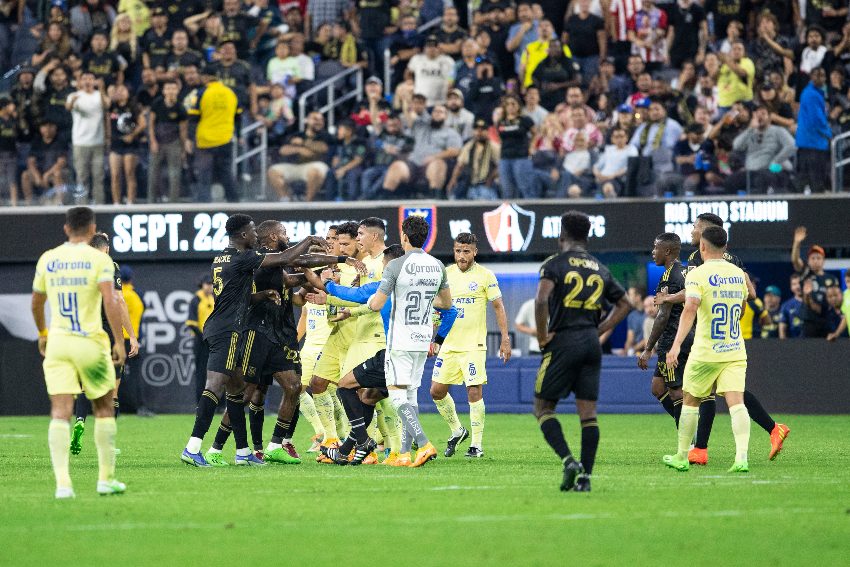