The Russian Foreign Ministry retaliated by imposing personal sanctions on 39 British citizens, including former Prime Minister David Cameron. It is noted that persons subject to restrictions “contribute to the hostile course of London”, aimed at the demonization of the Russian Federation and its international isolation. It was also emphasized on Smolenskaya Square that the pernicious actions of the UK in planting Russophobia, spreading fakes about Russia and supporting the Kyiv neo-Nazi regime “will receive an adequate and decisive response.”

Russia imposed retaliatory sanctions restrictions on 39 British citizens, including against the former leader of the Conservative Party, ex-Prime Minister of the United Kingdom David Cameron. This was reported by the press service of the Russian Foreign Ministry.

“In connection with the continued application by the UK government of the mechanism of sanctions restrictions against representatives of the socio-political circles of Russia, domestic economic operators and the media, it was decided to include in the Russian “stop list” a number of British politicians, businessmen and journalists who contribute to London’s hostile course aimed at to the demonization of our country and its international isolation,” the statement said.

It was noted on Smolenskaya Square that “the pernicious actions of Great Britain in planting Russophobia, spreading false information about our country and supporting the Kyiv neo-Nazi regime will receive an adequate and decisive response.”

“The choice in favor of confrontation is a conscious decision of the British political establishment, which bears all responsibility for the consequences. Taking into account the destructive desire of London, under far-fetched and absurd pretexts, to spin the sanctions flywheel, work on expanding the Russian “stop list” will continue, ”the Russian Foreign Ministry stressed.

The sanctions “stop list” includes 39 people. Number one is David Cameron. Also on the list is the press secretary of the British Foreign Office Helen Bower-Easton, members of the British and Scottish parliaments, members of the cabinets of these countries, the head of the British-Ukrainian Chamber of Commerce Beit Thoms and 12 journalists from the British media (Times, Guardian, Telegraph, ITV, Sky News, Economist, Sun, BBC).

It should be noted that in July London imposed restrictions on Russian individuals and legal entities twice.

On July 4, the daughter of philosopher and political scientist Alexander Dugin Daria, Deputy Chairman of Vnesheconombank and co-founder of the Newsfront media group Mikhail Sinelin, Newsfront directors Evgeny Glotov and Yuri Fedin, as well as Alyona Chuguleva and Aelita Mamakova, who are considered by London to be one of the key figures of the SouthFront information site, fell under British sanctions. , the center of United World International, registered in Istanbul. 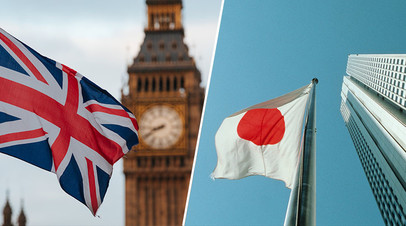 “Routine process”: Britain and Japan have expanded sanctions against Russia

New anti-Russian sanctions were introduced by the authorities of Great Britain and Japan. So, the British Foreign Office extended restrictions on seven individuals and…

“Great Britain is one of the main locomotives of Russophobia”

Deputy Director of the Institute for Strategic Studies and Forecasts of the Peoples’ Friendship University of Russia, member of the Public Chamber of Russia Nikita Danyuk described Moscow’s decision as a “correct and logical move.”

“We have always imposed sanctions, including personal ones, in response to such lists, which are compiled by unfriendly countries. In this regard, the UK is a country that is now one of the main locomotives of Russophobia. She disperses all sorts of fakes and, in general, acts as anti-Russian as possible. For such an unfriendly and openly hostile policy, Britain, of course, must pay the price. Therefore, this is an absolutely correct step, ”he said in an interview with RT.

Political scientist Yury Svetov, in turn, pointed out that the times when one could hope that the mind of Western politicians will triumph have passed.

“I think we should react in this way. The situation is this: they, accepting all kinds of sanctions restrictions, believe that they have the right to do this, they believe that we must reckon with them … When Russia takes sanctions in response, they begin to resent, say that this is wrong … British politicians take the most aggressive position towards Russia. It is from their lips that we hear the most ardent calls to put pressure on Russia, ”explained the interlocutor of RT.