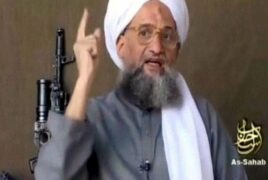 A US drone attack in Afghanistan has killed the supreme leader of the terrorist organization Al Qaeda, Ayman al-Zawahiri, according to US media and agencies.

Joe Biden is expected to appear shortly to explain this operation that could spell the end of Al Qaeda, whose former leader, Osama Bin Laden, was also killed by the US during Barack Obama’s term, on that occasion after a secret operation in Pakistan. .

Al Zawahiri had been a member of the Muslim Brotherhood, but of its more radical version, and was considered The man who radicalized Bin Laden in the eighties and led him to break with more moderate Islamist lines in the ‘jihad’ (‘holy war’) in Afghanistan.

Al-Zawahiri, born in Egypt and involved in the assassination of that country’s president, Anwar el Sadat, was a member of that group before becoming Al Qaeda’s main ideologue and, according to many, its virtual leader. relegating Bin Laden to an ornamental role.

After Sadat’s assassination, the Egyptian police arrested him. He was tortured. And, later, he would say a memorable phrase: “Death is more merciful than torture”.