Belgrade intends to make every effort to prevent the escalation of violence in Kosovo. This was stated in an interview with RT by the chairman of the committee on Kosovo and Metohija of the Serbian parliament, Milovan Dretsun. According to the politician, at the end of July, Pristina intended to take control of Serbian municipalities by force under the pretext of the local population refusing to change passports and license plates. Dretsun expressed confidence that in the event of hostilities against the Serbs, Belgrade would use its armed forces. At the same time, the politician believes that large-scale bloodshed in the region will be avoided.

– The reason for a new round of tension around Kosovo was the order of the Prime Minister self-proclaimed of the Albina Kurti region that local Serbs must, without fail, replace personal documents from August 1 andre-register their cars according to the norms of the unrecognized republic. Last year Pristina also tried to force the Serbs to install Kosovo’s license plates, which led to clashes at the checkpoint and the Belgrade troops pulling up to the demarcation line. Is it possible to say that the current escalation is a new deliberate provocation by Pristina and itsIs there any prospect of resolving thissituations?

– Pristina constantly pursues a policy of pressure on the Serbian people and carries out violent actions against them. Pristina is not going to stop such actions. It constantly obstructs dialogue, takes unilateral steps with which it wants to harm the Serbs of Kosovo. Pristina also seeks to expel all Serbian institutions from the province, including the exclusion of car registration numbers and identity cards.

Now the prime minister of the unrecognized Kosovo, Albin Kurti, is using violence to force the Kosovo Serbs to recognize this quasi-state and integrate them into its structure. Actually, this is the cause of all problems.

NATO mission statement, Vučić’s appeal and the postponement of the decree: what is known about the increased tension on the border between Serbia and Kosovo

In relations between Serbia and the self-proclaimed Republic of Kosovo, there was another round of tension due to the decision of Pristina …

I am sure that in the near future Kurti will continue to invent various ways to intimidate the Serbs in order to make it impossible for them to live a normal life. This is his long-term policy, which is supported by some Western countries.

The current aggravation could lead to critical consequences. We know that Pristina has developed a plan to occupy the northern territories of the region with special forces with full weapons and equipment.

As part of this plan, the authorities of the unrecognized Kosovo concentrated forces in the north and south of the Ibar River, provided fuel supplies, held meetings of the so-called National Security Council, where they worked out all possible scenarios for the development of events.

The troops of Pristina were ready to attack the Serbian population, although the Serbs chose a peaceful, absolutely democratic, legitimate way to resist the behavior of the authorities of the unrecognized Kosovo.

Unfortunately, now we are seeing only a partial resolution of the crisis, as Pristina has postponed its plans (to replace the passports and license plates of the Serbs. — RT) for one month (until September 1. — RT). 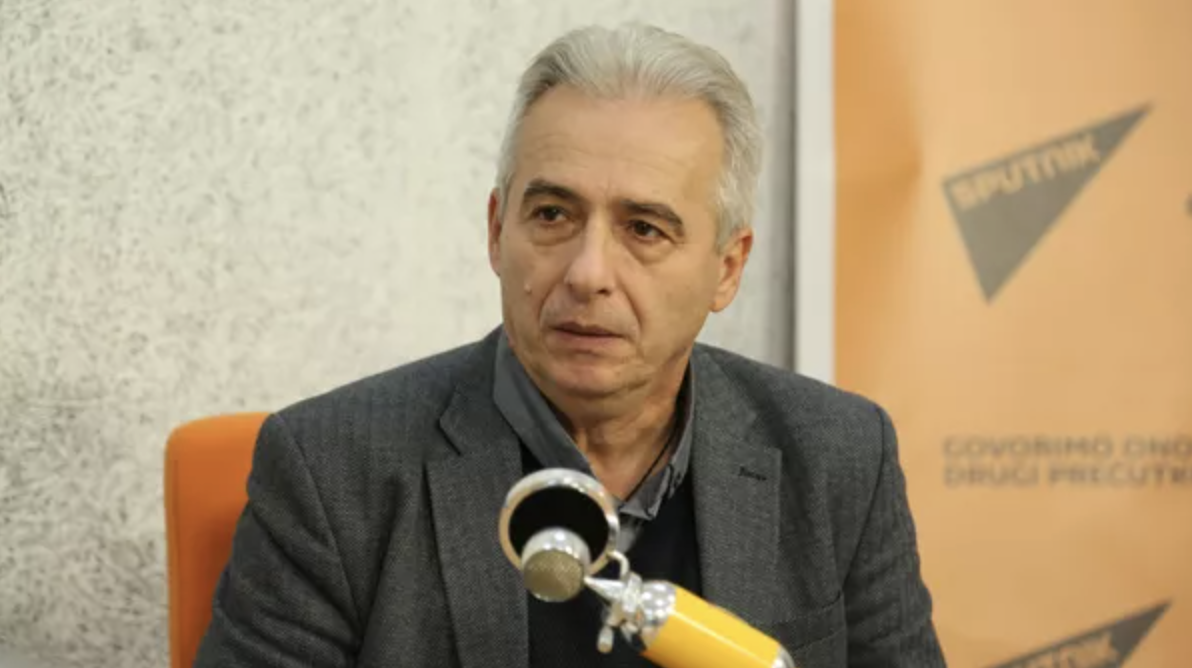 We do not know how Pristina will behave in August. Will she still go to negotiations with Belgrade and with representatives of the Serbian people in order to reach a compromise, or will the Kosovo authorities simply wait a month before again trying to impose their decisions.

It is obvious that today Pristina is also abusing the geopolitical situation in the international arena – I mean the events in Ukraine. Pristina positions itself as a kind of “bastion” for protecting Western interests in the Balkans from, as they say, “the evil influence of Russia” through Serbia.

– Is Pristina now acting with reliance on Albania and NATO countries, including the United States?

– Pristina enjoys the support of countries that have recognized Kosovo, and very significant. In particular, support comes from Albania, which previously created the so-called Kosovo Liberation Army in order to take away part of the territory from us.

However, the countries of Quinta (an informal group of states that make key decisions in the Western world) play a key role. RT), that is, these are the leading Western countries: the USA, Great Britain, Germany, France, Italy. 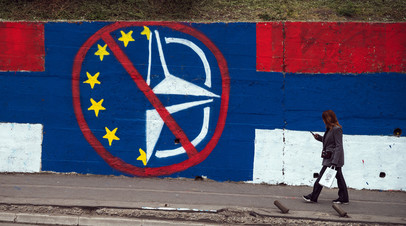 European pressure: how the EP urged Serbia to immediately join the EU sanctions against Russia

The European Parliament called on Serbia to urgently join the anti-Russian decisions of the European Union. The EP announced its regret due to the fact that …

De facto, they have the greatest influence on Kosmet and the Balkan region as a whole, which is manifested in the current escalation. Only after the intervention of the Americans, Kurti agreed to delay the replacement of passports and license plates.

In my opinion, Kurti lost the trust and support of the White House administration, becoming a problem for him. The prime minister often allows himself to do things that do not fit into the mainstream of US policy.

In my opinion, the crisis is now escalating in the interests of Great Britain and Germany. London and Berlin are trying to worsen the situation with the help of the Albanian political structures in Kosmet, foreign secret services and their special representatives.

— Some analysts see possible the forceful resolution of the Kosovo problem in favor of Belgrade is an element of the beginning restructuring of the world order based on American hegemony. Is it so?

— Tectonic shifts are taking place on the global international arena. The US is imposing a unipolar order, and countries such as Russia, China, Brazil, India and others want to establish a much more equal democratic system of international relations.

What happens on the global world stage affects Serbia as well. The West requires us to bring our policy in full conformity with its course. They are trying to force us to minimize relations with Russia and take sanctions against it.

However, Serbia defends its national interests. It has become a problem (for the West. — RT), as it is not included in the Western anti-Russian narrative.

At the same time, Serbia is in a situation where it seems to be locked in a barrel. We are surrounded by NATO countries and applicants for membership in the alliance and the EU. What is happening now in the international arena cannot have a positive impact on the position of Serbia. 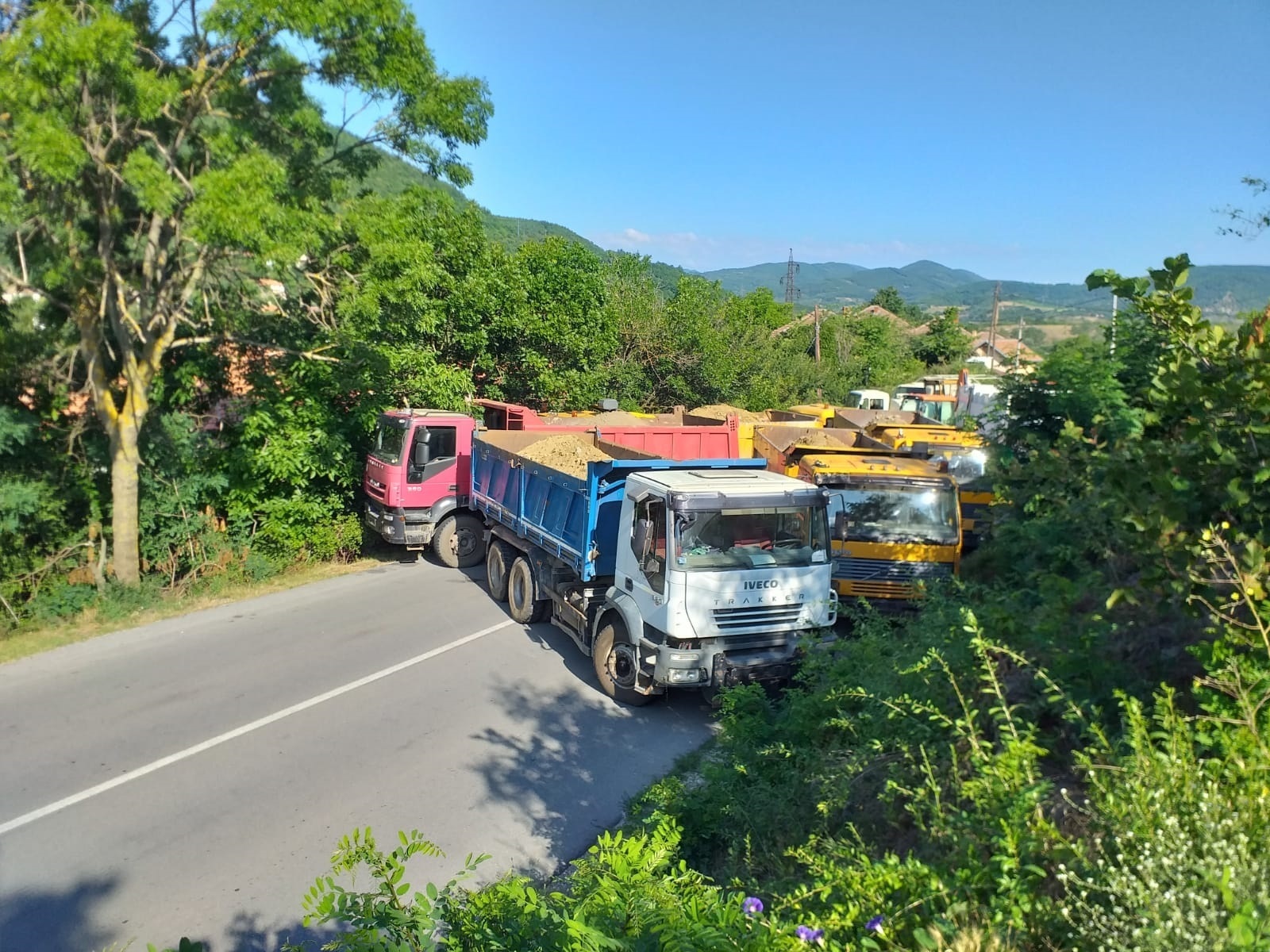 In my opinion, with the current aggravation of the Kosovo crisis, the West is letting Serbia know that if it does not impose sanctions against Russia, then it will turn a blind eye to provocations and violence from Pristina.

– How likely is the North Atlantic Alliance to intervene in the situation in Kosovo? Under what conditions and in what form can this happen? Indeed, a police mission under the auspices of NATO (KFOR) continues to serve in Kosovo, and Albania, which widely supports the Kosovo separatists, is a member of the alliance.

“I do not believe that the situation in Kosovo and Metohija will escalate to such an extent that NATO intervention is required. Moreover, the alliance is already involved in this crisis, since most of the KFOR are military personnel of NATO countries.

Through KFOR, NATO has a decisive influence on developments in Kosmet, especially on the security situation. The Alliance closely follows the events in the region and allows itself to conduct exercises there. For example, as part of the Defender Europe 2021 maneuvers, non-KFOR NATO troops conducted exercises in southern Kosovo. This is completely contrary to UN Security Council Resolution No. 1244, according to which only KFOR is allowed to have a military presence in Kosovo.

There is no formal military alliance between Russia and Serbia. However, our countries, in addition to fraternal feelings, are united by close military-technical cooperation (previously, Moscow supplied Belgrade with tanks, armored vehicles, fighter jets, air defense systems and anti-tank systems). Under what circumstances do you think Russia might intervene in possible conflict around Kosovo? And can it provide any military assistance, given that Serbia is surrounded by NATO countries?

– Let me remind you that in June, Mr. Lavrov was unable to visit Belgrade. How then are any other direct contacts between our countries possible? For example, now Serbia is waiting for the delivery of Kamov helicopters (Ka-32. – RT) to put out fires, and we can only hope that they can be obtained. 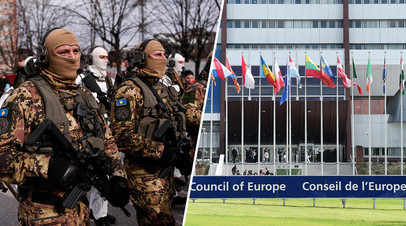 “Expect to weaken Serbia”: what is behind Kosovo’s application to join the Council of Europe

The Council of Europe has received an application from partially recognized Kosovo to join the organization. In Belgrade, they reacted extremely negatively to …

Understand our geopolitical position: we are completely dependent on what kind of people and what cargo NATO and the EU will allow to pass through their territories. For this reason, one should neither rely on nor stake on Russia in a situation in which she herself can do nothing.

We cannot entertain ourselves with false hopes. Yes, Serbia does not doubt the support of Russia, the brotherly love of the Russian people, but we must be aware of the real state of affairs. For our own sake and for the sake of our strategic partner Moscow, we must not assume that Russia can do more than is realistic.

Now in Kosovo and Metohija, the Serbs are striving to resolve the situation in a peaceful, political way without the use of any force. We don’t want war. We strive to preserve peace not only in Kosovo, but throughout the Balkans. Serbia is a militarily neutral country and is not going to join any military-political union.

At the same time, we are grateful to the Russian Federation for its support in the UN on the issue of non-recognition of Kosovo, for energy support, for the modern weapons systems supplied to us.

— I would like to talk a little about the current state of the Serbian army. If an armed conflict does break out over Kosovo, then it’s obvious that, just like in 1999, Belgrade will not be able to stand alone against NATO aggression. But If we exclude the open intervention of the Western military bloc, will the Serbian army be able to act effectively against the separatists and the Armed Forces of Albania?

— We do not expect a military option for the development of events. Serbia intends to resolve the situation peacefully. I think that at present neither the US nor the EU is satisfied with the scenario of inciting yet another armed conflict in Europe. By this logic, the West should not cross the red line and allow Kurti to perpetrate massive violence against the Serbian people in northern Kosovo.

However, we are, of course, wary of such a scenario. We have a powerful defensive potential, very significant troops in our region. Our forces are in a position to thwart a possible attempt by Pristina to attack the Serbs. 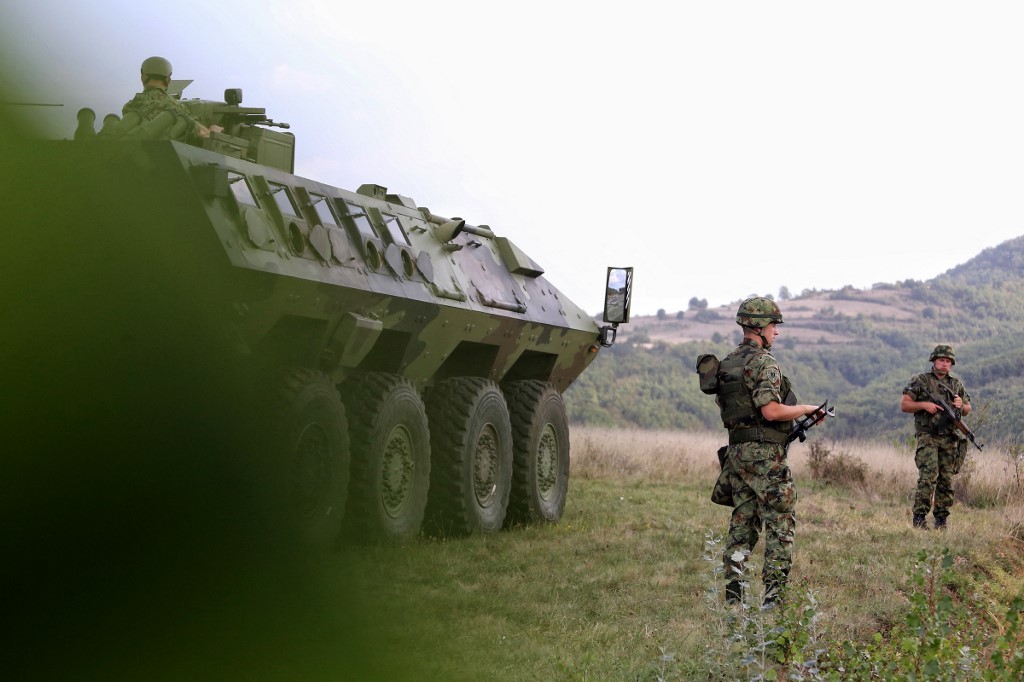 In any case, we expect that if the Kosovo special forces open fire on the Serbs, then the KFOR will carry out the tasks assigned to them. They are obliged to protect all the inhabitants of Kosovo and Metohija.

In addition, a general from Hungary is now leading the KFOR contingent. He takes a sober look at the situation and really seeks to avoid an escalation of violence. Its role in recent events can hardly be overestimated. He reassured Pristina and made it clear that KFOR would certainly intervene.

For its part, Serbia will do everything possible to keep the peace. Earlier, thanks to the work at the international level, Belgrade managed to somewhat stabilize the situation in Kosmet. Naturally, in the current situation, the efforts of Pristina are also important. This month should show her willingness to negotiate.