Incredible as it may seem in the current situation, Russia has not been the main headache for the United States in recent years. Putin’s aggressive rhetoric should not obscure the fact that his relationship with the Bush, Obama and Trump administrations was most amicable. With clashes, of course, but within a mutual respect where each one did and let the other do. Little did the Americans raise their voices in the face of repression in Chechnyathe military skirmishes in Ossetia, the massacres in Syria or the annexation of Crimea and part of Donbas in 2014.

Another thing has been China. US governments have always perceived the Asian country as a great political and economic threat. It is no coincidence that while Donald Trump was strengthening ties with Putin, he based his election campaign on direct confrontation with China and the promise of all kinds of tariffs to prevent the massive sale of his cheapest products. China and the United States They have looked at each other suspiciously for decadesbut that mistrust multiplied when Obama understood that they were doing nothing to prevent North Korea’s nuclear development and, above all, when the warmongering rhetoric about Taiwan caught on after Xi Jinping came to power.

Taiwan’s very existence as a state is a miracle. We are talking about a country of twenty-three million “nationalist” Chinese who, in 1949, took refuge in the former Portuguese colony of Formosa under the leadership of Chiang Kai-Shek. Located barely one hundred and eighty kilometers from the vast People’s Republic of China, the island has surprisingly maintained its independence for 63 years, a product not only of its military strength – scant – but of the block balance arising from the end of World War II.

The honor guard lowers the Taiwanese flag in Taipei, Taiwan.

The People’s Republic of China has always considered Taiwan its own territory. He doesn’t invade the country, he doesn’t bother to start a war… but at the diplomatic level it has not stopped disputing its independence. Every public mention of its sovereignty is an insult and even the Hollywood franchise, fast and furious was involved in a controversy last year when one of its protagonists, John Cena, said in a Chinese media outlet that they had just released the film in Taiwan. He was forced to rectify in public in the face of threats from the Xi government to veto the film throughout the country. Taiwan does not exist. Spot.

And yet, there it is. For China it is an annoying reality that it prefers to border, because if not the border has to invade it and if he invades it, he knows that it would start a war which would probably lead to a nuclear conflict. Let’s make it clear: Taiwan is not Ukraine. If World War III can start anywhere on the planet, it will most likely start there. An attack from Beijing would be immediately answered by the United States and its allies in the Pacific: Japan, South Korea and Australia. On the Chinese side, North Korea would immediately position and from there it is impossible to venture the consequences.

This Asian version of the Mutual Assured Destruction it has prevented any warlike movement for more than seven decades. Now, the tension can still be cut with a knife and the inflamed rhetoric of the Beijing government always requires enormous doses of calm, prudence and cold blood. At any time, a miscalculation, an overconfidence or a misunderstood movement can precipitate acts that are difficult to control. 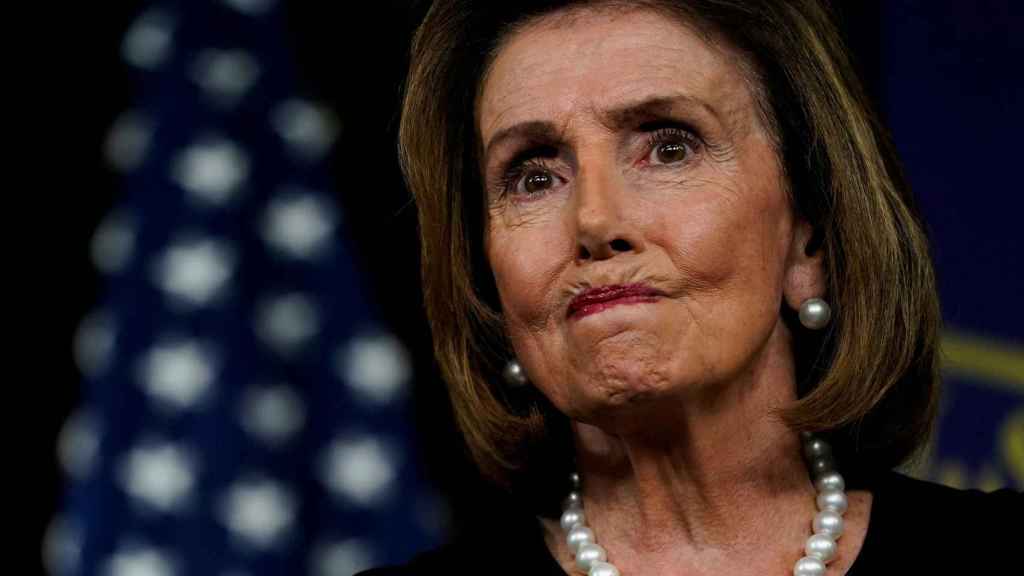 Speaker of the United States House of Representatives, Nancy Pelosi.

It’s hard to know if Nancy Pelosi he had all that in mind when he decided to organize a trip to Asia Pacific. In itself, there is nothing wrong with the trip, of course. The 82-year-old House Speaker will visit Singapore, Malaysia, South Korea and Japan in the coming days. All of them, allies of the United States. The problem is what is not said, but is rumored; what representatives from both sides of the ideological aisle insist on repeating: the need to include Taiwan in the tripthe first visit by a high-ranking US official since Newt Gingrich did it in 1997. They are unaware, perhaps, that China’s position has nothing to do with what it was twenty-five years ago.

The giant has awakened

The visit of Republican Gingrich, then also Speaker of the House, it was experienced as a real affront in Beijing… only that China was at that time a country in reconstruction. The internal tensions between the factions closest to Maoism and those devoted to “state capitalism” established in the 1980s by Deng Xiaoping were still the order of the day. Students were asking for freedom and the fight against the Falun Gong sect was high on the government’s agenda. Added to this was a weak economy and an army in ruins, outdated without capacity for action.

This is not the China that now threatens Biden with “not playing with fire.” China has renewed its weapons, has increased her troop numbers and seems willing to take any unwanted moves seriously. Xi Jinping promised last year, coinciding with the centenary of the Chinese Communist Party, the reunification of the motherland, in clear reference to rebellious Taiwan. After this eventful summer, the PCC itself will hold a congress to elect a leader. Nobody doubts that Xi will be elected for a third termbut no stumble or show of weakness can be allowed.

China, the famous “sleeping giant”, has entered the path of multilateralism. He wants his voice to be heard in the decisions that are made in the world. He is no longer closed in on himself, but has an international vocation, perhaps for the first time in its modern history. Of course, she knows that this multilateralism is not going to be given to her: she will have to earn it. For that very reason, has not hesitated to threaten a forceful military response to something that hasn’t even been officially announced. Some think it’s a bluff, others are convinced that if Pelosi steps on Formosa, Beijing will react in some way. And there we enter into dangerous games that are difficult to determine.

The perfect excuse for military action

What can China do in response to a possible visit by the Democratic leader? From the outset, he has already organized some “naval exercises“Just a hundred miles off the coast of Taiwan. It may be a good time to test out some new high-tech weapon or to force a ship-incursion incident into Taiwanese waters. No one sees a full-blown invasion or attack like such, but nobody dares to rule it out either, it seems the perfect excuse in an ideal geopolitical situation for Beijing.

In that sense, Biden himself veiledly criticized Pelosi’s trip by stating that “it was not the best time” for such an adventure. Biden cited Pentagon sources to justify his position. When the attempted coup of January 6, 2021, with the entry of Trump supporters into the Capitol, the first thing that General Mark Milley did, the equivalent of an American JEMAD, was to call his Chinese counterpart to reassure him and assure him that nothing that happened would lead to an attack against his country. China lives obsessed with the United States and the United States is still under the trauma of Pearl Harbor: it sees the threat in the Pacific as something real, compared to the war games that old Europe is used to.

Neither Biden nor the United States nor the West can afford to open a new war front with another nuclear power. Support for Taiwan can be shown in many ways and at many other times. To insist on doing so now would be to place the world on the brink of the abyss. Xi knows this and can play with it. All this looks like it will end up making him stronger. The United States is still the world’s leading military power, but its spending on Ukraine is wild. Now opening up a second point of contention by arming Taiwan while the Balkans rage again would be untenable.

For now, Pelosi has already traveled from Hawaii to Singapore and everything indicates that she will decide along the way. She knows that reason is with her, but sometimes reason is not everything. The gesture of planting himself in Taiwan would be applauded by hawks from both parties and by a large part of the American people… but it would place his friend and colleague Biden in a very difficult position. At almost 80 years old, isolated by a new contagion of Covid-19, sunk in popularity polls and with an already open war, the last thing your administration needs is an avoidable conflict leading to what Beijing has been waiting for for seven decades: the military invasion of the last stronghold of nationalist China. And after that invasion, the flood.