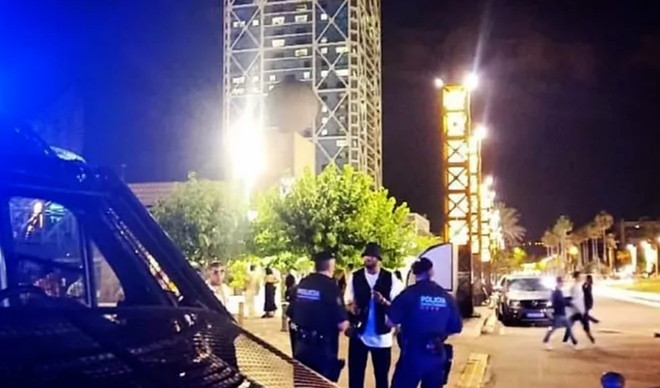 maximum concern. The Government delegate in Catalonia, Maria Eugnia Gay, called for citizen “collaboration” due to the increase in cases of punctures in leisure areas and nightclubs given the “seriousness” of the situation. So far, the Mossos d’Esquadra are investigating 23 cases that have occurred in recent weeks, mostly in Barcelona and Lloret de Mar.

The investigation focuses on the study of the security cameras of the premises in addition to the testimony of witnesses, since it is intended to know the reason for these attacks since in no case does it appear that the victims were drugged or that they later suffered sexual assault or robbery. . Gay assured that the Mossos have “the support and collaboration” of the Civil Guard and the National Police in these investigations and assured that the appearance of these punctures “is an issue that seriously worries the Government of Spain. They are cases that are taking place in certain autonomous communities. Specifically, in Catalonia, we have had several”.

“It is a complex issue that we have known in recent days and therefore we cannot venture to reach conclusions,” said the Government delegate in Catalonia, who urged the victims to report and go to a medical center to continue with the established protocol. by the Generalitat for these cases.

Since last July 11, the Mossos have recorded 23 cases of punctures in Catalan leisure areas, mostly Lloret de Mar (Girona) and Barcelona, ​​of which 22 are women and one man. There is no evidence that the victims suffered rape or robbery or that they were drugged with the puncture. Some victims denounced at the same time since they were together when they received the attack. The police maintain all lines of investigation to find out the cause of the attack.

The protocols of the Generalitat provide that once the victim is treated by the health services, a toxicological analysis must be done as soon as possible and the activation of the prophylaxis protocol for HIV exposure must be assessed. Despite the fact that the phenomenon of punctures appeared in Catalonia a few weeks ago since last June, there is more police control in leisure areas, in collaboration with locals and the employers of the sector, due to the increase in chemical submission practices, mainly through drinks. There is also more vigilance in public transport.

One of the latest investigations by Mossos is for a puncture to a woman at the Viladamat festival (Girona) last weekend. The attack forced the party to be suspended earlier than planned, although the victim did not suffer any aggression and she was treated by the health services. The council rejected this type of aggression and showed its support for women in addition to working to continue creating safe leisure spaces.