When the world shifted to telecommuting due to the pandemic, tablet and Chromebook makers saw demand surge. The reason ? The rise of homeschooling and homework. Now that the pandemic is in the rearview mirror for many, demand for tablets and Chromebooks is therefore affected accordingly.

According to a report by International Data Corporation (IDC), tablet shipments grew by 0.15%, reaching 40.5 million units during the second quarter of 2022. Tablets saw higher shipments expectations during the quarter due to their ever-increasing employment in the education sector, and several promotional sales, reports IDC. 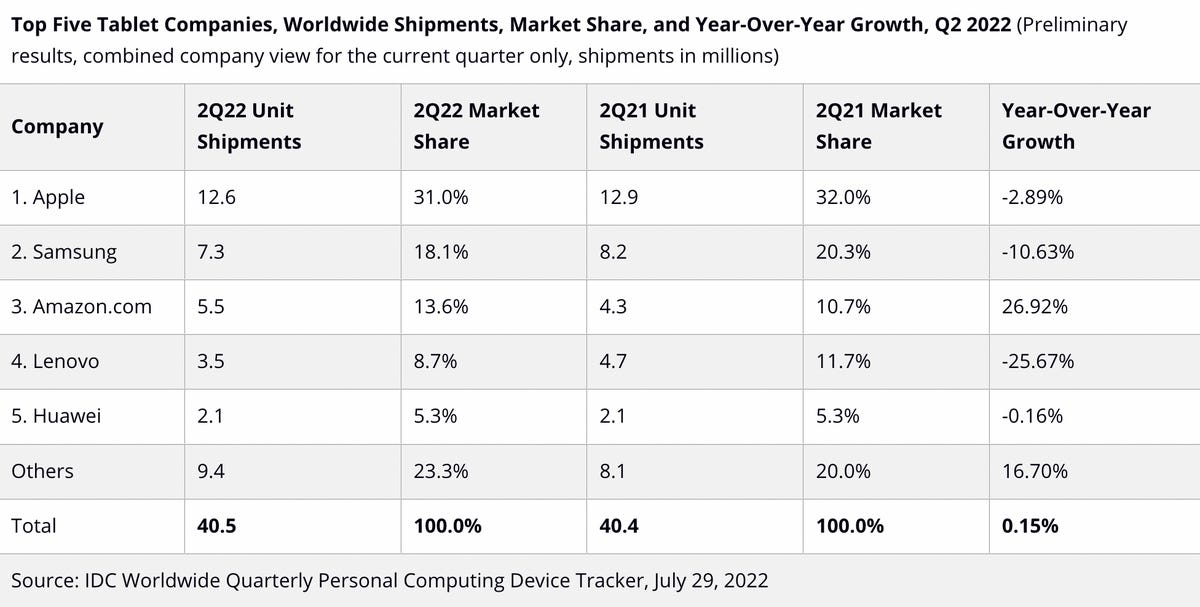 IDC research analyst Anuroopa Nataraj says the tablet continues to be in high demand as it is a cheaper alternative to a PC.

Chromebook sales, however, continued to decline, with year-over-year shipment growth down 51.4% and just 6 million units shipped in the second quarter of 2022. That decline was expected due to inventory accumulation and changes in demand from the education sector, says IDC. 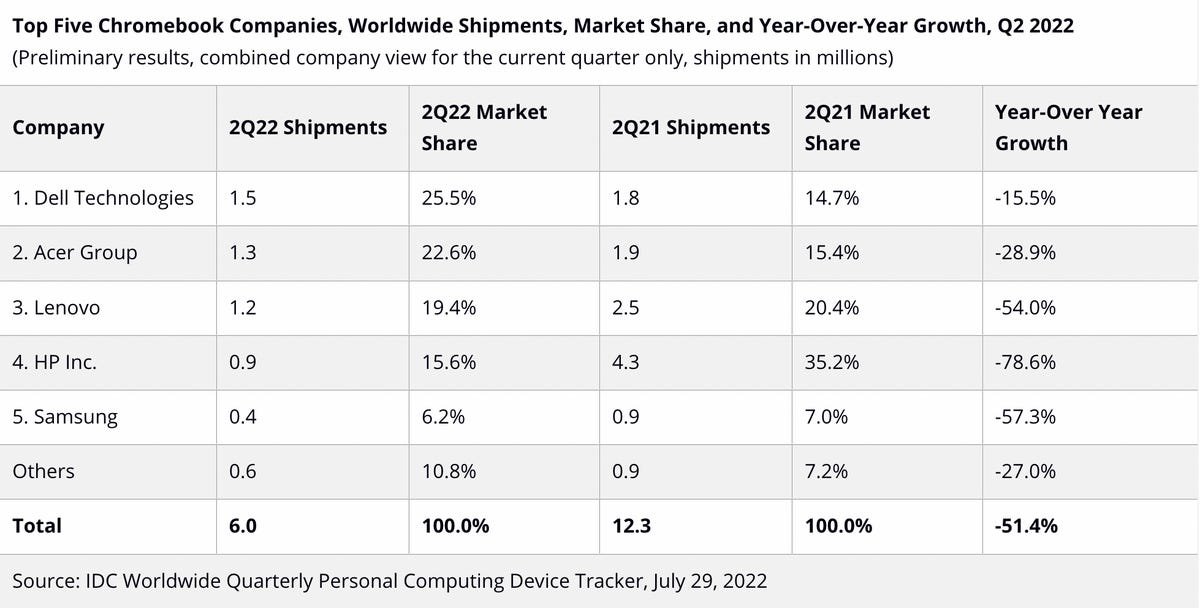 “The need for remote learning has accelerated schools’ plans to achieve a 1:1 ratio of PCs to students and this ratio will likely continue to hold in the future and even as PC shipments decline in d “Other categories, Chromebooks will continue at these high levels,” Ubrani said in a statement.