The US authorities have provoked unprecedented inflation, record gas prices and a catastrophic crisis in the field of migration, and now they want to raise taxes. This was stated by the head of the National Committee of the Republican Party Ronna McDaniel. In addition, Republican Senator Ted Cruz called for the removal of the US Secretary of Homeland Security due to the critical situation with the influx of illegal immigrants. Cruz also accused Washington of wanting to hide the horrific consequences of the migration crisis from Americans. According to experts, such claims are justified, since Biden cannot cope with domestic problems in the United States. Because of this, analysts say, he may soon lose the opportunity to push his initiatives through a congress that is likely to become oppositional.

Republicans criticized the actions of the administration of US President Joe Biden, which, in their opinion, led to a deterioration in the situation in the United States.

So, the head of the National Committee of the Republican Party, Ronna McDaniel, said that the Democratic authorities provoked a significant increase in inflation, a recession, an increase in gasoline prices and an aggravation of the migration crisis.

“Democratic leaders provoked a recession, unprecedented inflation, record gas prices and a catastrophic border crisis (US and Mexico. — RT). And now they want to raise taxes. In 100 days, Americans will vote (in the midterm congressional elections. — RT) for curtailing their radical agenda!” McDaniel wrote on her Twitter page.

“Wrong policy”: why the Republicans blamed the US administration for the energy crisis

Representatives of the Republican Party criticize the US authorities for the measures that led to the energy crisis. As stated…

The head of the Republican National Committee also noted that under the 46th President of the United States, the well-being of ordinary Americans has worsened.

“Under Biden, the annual earnings of employed American citizens decreased by an average of $3.4 thousand,” McDaniel said.

In addition, she said that the approval rating for Joe Biden’s work as President of the United States fell by almost 30% among Asian, black and Hispanic voters.

According to McDaniel, the White House does not take significant measures to resolve the migration crisis.

“The Biden administration denounces the sending of illegal immigrants to Washington and New York, but does nothing to support overcrowded small towns in the border states, (authorities. — RT) who have been begging for help since Biden took office,” she said.

According to her, since Biden became president, 4 million illegal migrants have crossed the US border.

In addition, Republican Senator Ted Cruz called for the replacement of the current head of the US Department of Homeland Security due to the critical situation with the influx of illegal immigrants.

“Obviously, the Minister of Internal Security, Alejandro Mallorcas, needs to be removed from his post. He refuses to follow the law and puts Americans in danger,” the senator wrote on Twitter.

Earlier, Cruz also said that Mallorcas was “responsible for the fiasco” in the migration field. 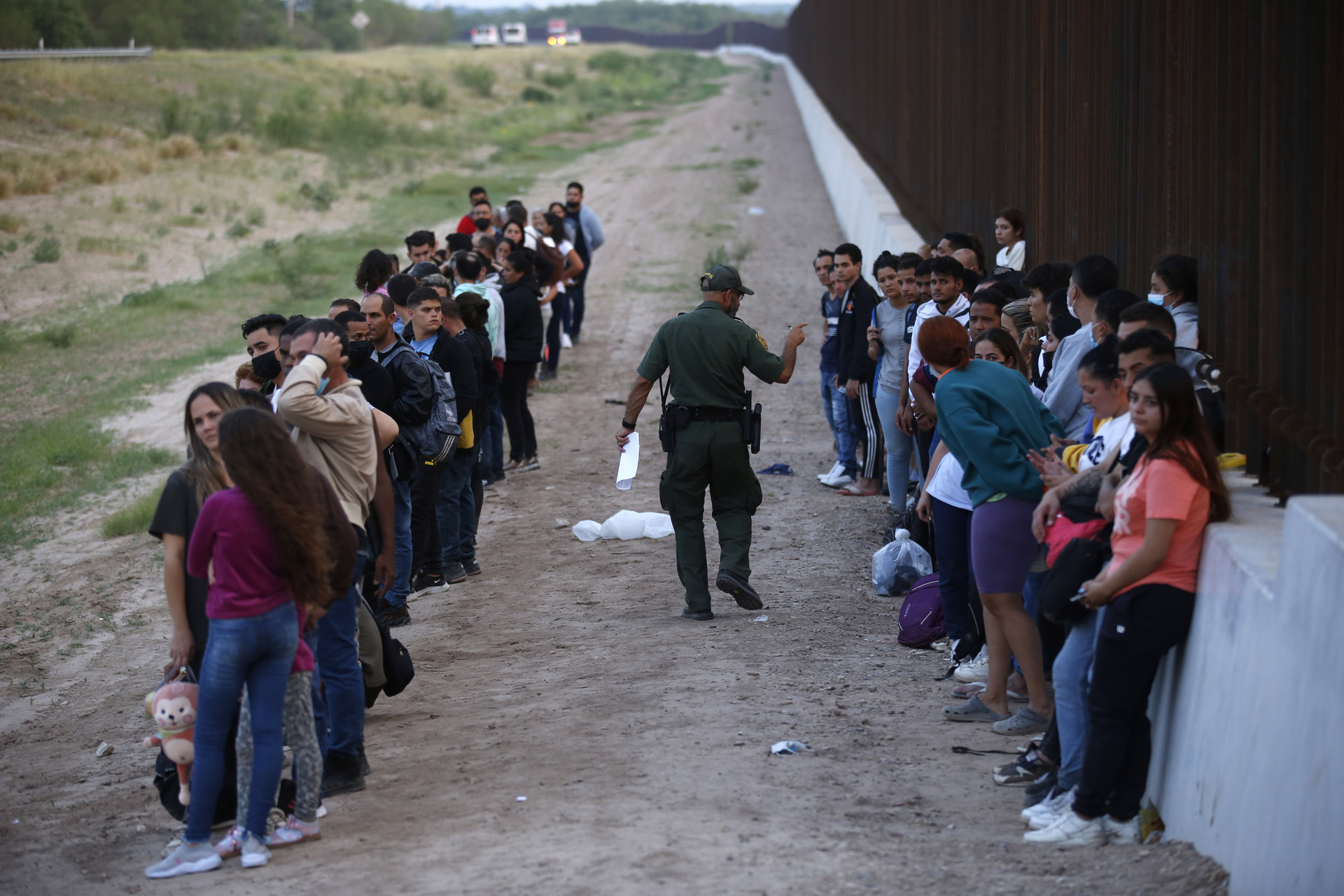 “According to him (Minister of Homeland Security. — RT), security is provided at the border – this is an outright lie, ”said the Republican.

Cruz also said that Biden and US Vice President Kamala Harris “want to hide from America the horrific reality of the crisis on the southern border.”

“There are more and more body bags. There’s no excuse for that!” he wrote on Twitter.

As American political scientist Malek Dudakov said in an interview with RT, the Republicans’ claims against the White House due to the deteriorating situation in the United States are justified, since the Biden administration really cannot cope with a number of the country’s internal problems.

“Inflation has already reached 9.1%, the US economy is in recession, the fuel crisis is not resolved. There are serious difficulties with illegal migration. Republicans quite rightly accuse Biden that the White House lacks a strategy for how to respond to these crises, ”the expert said. 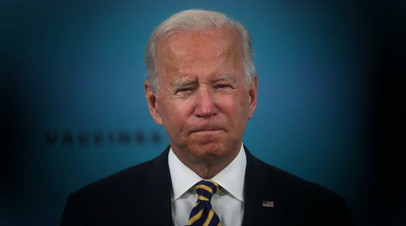 Biden’s anti-record: why fewer Americans approve of the US President’s policy

“At first, he actually invited migrants to come to the United States, and after that the wave of illegal immigrants began to increase many times over. Then Biden tried to take a step back, but it was too late: as a result of his actions, a critical situation arose on the border. But Biden and his entourage do not want to deal with this problem, the solution of which requires a lot of effort and time, ”the analyst said in a conversation with RT.

According to Rogulev, the head of the White House has taken many wrong steps in the energy sector.

“In particular, he first set his sights on the Green Deal. This was proclaimed as a task of his administration. Biden has reduced the production of traditional energy resources. But when he did, energy prices began to skyrocket. Now the President of the United States has lost control of the situation. The last straw was the introduction of anti-Russian sanctions. And all these rash steps led to an energy crisis and the fact that Americans are now forced to overpay, ”the expert noted.

Earlier, Biden blamed Russian President Vladimir Putin for the problems in the energy of the United States, saying that “Putin’s price hike is hitting America hard.” However, according to Fox News, US residents did not buy into the statements of the head of the White House about the rise in fuel prices in the country because of the Russian leader. As the channel informed, Americans know that problems with energy in the country have been observed since Biden came to the presidency of the United States, in particular because of his decision to block the oil pipeline from Canada as part of the so-called green course.

In anticipation of a disaster

According to a recent poll by The New York Times and Siena College, 77% of Americans believe the United States is heading in the wrong direction. Only 13% of respondents hold the opposite opinion. According to the study, 58% of respondents called the economic situation in the country bad, and only 9% said it was good. At the same time, 78% consider inflation and the cost of living in the US to be extremely important issues.

According to Dudakov, these figures speak primarily of the realization by the majority of Americans that Biden “is not coping.”

“We see this in the approval ratings of the current head of the White House, which are kept at extremely low values,” the expert said. 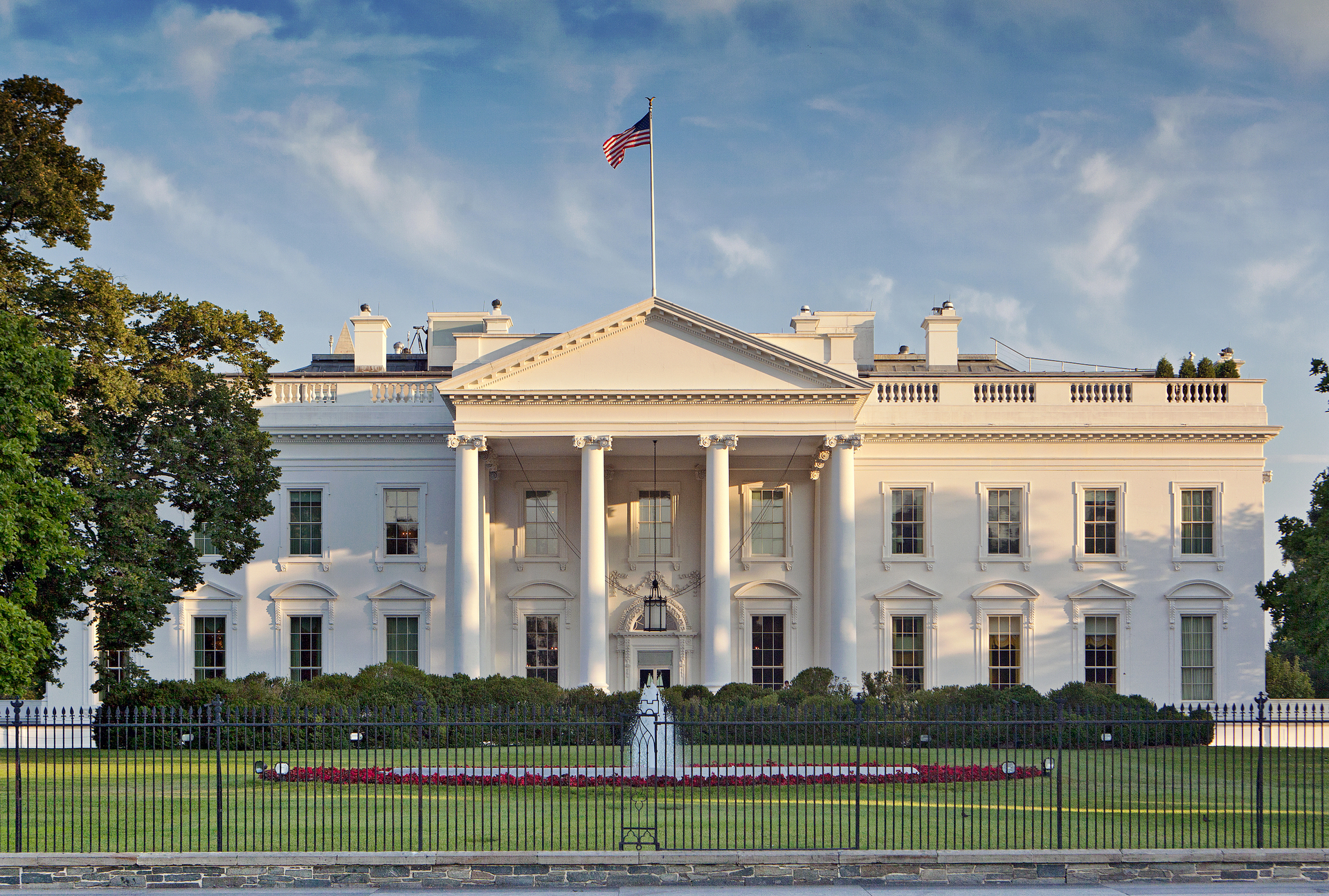 According to RealClearPolitics, an aggregator of opinion polls, in July the level of support for the policy of the 46th US president broke a new anti-record, dropping to 36.8%.

“At the same time, it is noteworthy that the fall in Biden’s popularity is observed even among his potential voters – blacks and Hispanics. For them, as well as for other residents of the United States, the position of the country in the economy and energy is extremely important. After all, they are often poorer, the inflationary crisis hits them to a greater extent. The foreign policy of all Americans worries much less, ”Dudakov said.

In turn, Rogulev said that the failed policies of Democrat Joe Biden in many areas, including the economy, energy and migration, could most likely lead to the Democratic Party losing the midterm congressional elections to be held in November.

“Most likely, the Republicans will get the majority in both chambers. And Biden, who before that was not distinguished by extraordinary leadership qualities, can now become a lame duck at all – a president unable to promote his initiatives through an opposition congress, ”the analyst said.

Dudakov adheres to a similar position. According to him, the Democrats in the current crisis in the United States will not be able to be ahead of the Republicans after the election process in November.

“Representatives of the Democratic Party may face a catastrophic defeat. They are likely to lose more than 40 seats in the House of Representatives and up to four seats in the Senate. And the Republicans have a chance to get the most solid majority in the last almost 100 years – and certainly since the Great Depression, ”the expert concluded.