Algeria plans to join BRICS. This was announced by the President of the Arab Republic, Abdelmajid Tebbun, in an interview with state television. In June, the Algerian leader took part in the BRICS summit, during which he announced the need to create a “new economic order” in the world with equal rights for all participants. In addition to Algeria, five more states are going to become members of the community, which currently consists of the Russian Federation, China, India, Brazil and South Africa: Iran, Argentina, Turkey, Saudi Arabia and Egypt. According to experts, the increased popularity of the BRICS is due to the fact that more and more countries are striving to reduce their dependence on the US-centric system of international relations.

Algerian President Abdelmadjid Tebboun, in an interview with Algerian state television, said that the Arab Republic intends to join the BRICS. The politician noted that if Algeria is accepted into the ranks of the community, this will be good news for the country.

“In order to join the BRICS group, it is necessary to meet certain economic and other conditions. I think that these conditions are largely provided in Algeria,” Tebbun said.

In June, speaking at the BRICS summit, held via videoconference, the Algerian leader said that “the economic underdevelopment that some developing countries suffer from is not only an internal problem (of these states. – RT), but stems from an apparent imbalance in the structure of international economic relations and the hegemony of a group of countries.”

“Our past experience has shown that the imbalance recorded on the world stage and the marginalization of developing countries in international organizations are a source of instability, lack of equality and lack of development,” Tebbun emphasized.

According to the President of Algeria, the world needs to create “a new economic order, within which justice and equality between countries will reign.”

In an interview with RT, senior researcher at IMEMO named after. Primakov of the Russian Academy of Sciences Alexey Kupriyanov explained Algeria’s desire to become a member of the BRICS for economic reasons and the general desire to work more closely with members of this community.

“Algeria, like a number of other countries, sees in the BRICS members the most promising developing economies and powers that will dominate the global economic space from the second half of the 21st century. When Algeria joins the BRICS, the government will be able to take part in the political dialogue and at the same time will expand economic cooperation with the members of this club,” Kupriyanov said.

In turn, the head of the Department of Political Science and Sociology of the Russian University of Economics named after G.V. Plekhanov Andrei Koshkin said in a RT commentary that Algeria had ceased to see prospects for developing relations with the Western world and intended to significantly expand the horizons of cooperation with other powers, including Russia.

“Modern Algeria makes it clear that it is ready to interact with the BRICS countries and ignore the pressure of the EU and the USA. The Arab Republic is especially interested in Russia, with which it expects to strengthen military-technical and anti-terrorist cooperation, ”Koshkin notes.

BRICS (BRICS) is an international community that unites Brazil, Russia, India, China and South Africa. The organization has been in existence since 2006. In 2010, its first and so far the only expansion took place. South Africa became a new member of BRICS.

The current members of the community occupy almost 30% of the globe. The BRICS countries account for 24% of global GDP and 16% of world trade.

During the recent summit chaired by China, the BRICS leaders adopted the Beijing Declaration, which set out the main principles and directions for further cooperation. 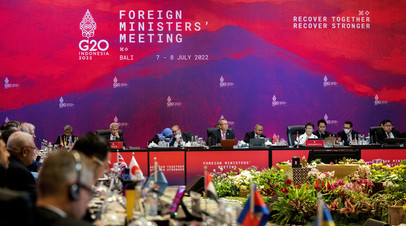 Collapse indicator: why the West fails to win over the G20 countries to its side in the Ukrainian crisis

“We note with satisfaction that, despite the COVID-19 pandemic and other challenges, in 2022 the BRICS countries jointly continued to strengthen solidarity and deepen cooperation, in particular in the field of economy, peace and security,” the preamble of the document says.

The BRICS leaders reaffirmed their commitment to the idea of ​​reforming the system of global governance, meaning by it the UN. In particular, they called for more active involvement in decision-making within the framework of the World Organization “developing and least developed countries, especially Africa.” Along with this, the declaration fixed the principle of “affordable and equitable access to global public goods”.

The political part of the declaration calls for strengthening the arms control system, including the conventions on the prohibition of biological and chemical weapons. The signatory countries also pledged to fight terrorism “in all its forms and manifestations.”

Speaking at the summit, Russian President Vladimir Putin stressed that the BRICS countries have “truly huge political, economic, scientific, technological and human potential.” According to him, the members of the community have every opportunity “to work together effectively” for the benefit of sustainable growth and security.

The President of the Russian Federation expressed confidence that cooperation between the BRICS members would contribute to the creation of a multipolar architecture of international relations. 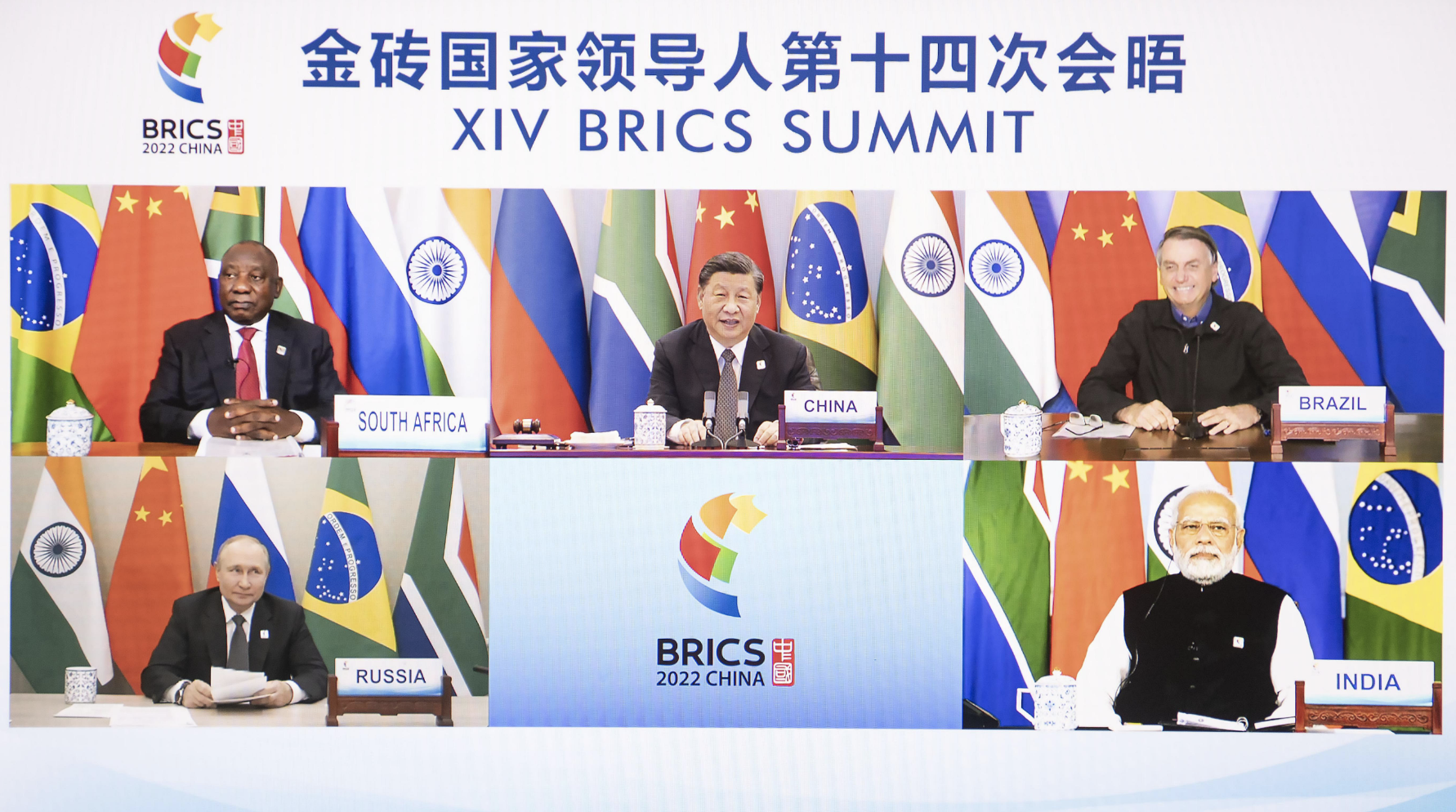 “We are convinced that now more than ever, the leadership of the BRICS countries is in demand in developing a unifying, positive course towards the formation of a truly multipolar system of interstate relations based on universally recognized norms of international law and the key principles of the UN Charter,” Putin said.

As the head of state believes, in its pursuit of multipolarity, BRICS can count on the support of “many states of Asia, Africa, Latin America, striving to pursue an independent policy.”

According to experts interviewed by RT, today the BRICS is the most promising integration platform that can unite countries that do not agree with the American-centric world order.

“The development of BRICS is an opportunity to get away from a system that is set up to serve the so-called golden billion. An important difference between BRICS and Western-controlled international structures is the absence of a vertical hierarchy. This community is based on more effective principles of network participation, where there is no dominance of one state or group of countries,” Koshkin explained.

In the near future, BRICS should be replenished with new members. In June this year, Iran and Argentina applied to join the community. Moscow called Tehran and Buenos Aires “worthy, respected candidates.” 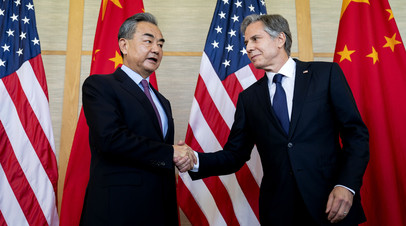 A new paradigm: how the US continues the policy of containing China against the backdrop of the military-political situation in the world

In addition to Argentina, Iran and Algeria, Turkey, Saudi Arabia and Egypt are expressing interest in joining the BRICS. Thus, the composition of the community can expand to 11 states.

Speaking at the June BRICS summit, Chinese President Xi Jinping called on member countries to speed up the process of including new like-minded people in its membership.

In turn, the President of the BRICS International Forum, Purnima Anand, believes that in the foreseeable future, new countries may join the association, and there will also be more states that will apply for membership.

In a RT commentary, Director of the Institute of Asian and African Studies at Moscow State University Alexei Maslov said that after the entry of new states, the influence and authority of the BRICS will increase significantly.

“Argentina, Iran, Turkey, Egypt, Saudi Arabia, Algeria are countries that have big and positive growth ambitions. They see BRICS as a platform that will allow them to develop more effectively. It is obvious that the influence of BRICS on world processes will increase,” says Maslov.

The expert explains the attractiveness of BRICS by the fact that states that seek to pursue an independent policy are dissatisfied with the rules imposed by the IMF, the World Bank, the WTO and other organizations. Against this background, the BRICS New Development Bank (NDB) is becoming a kind of alternative to the current financial and trade structures, Maslov believes. 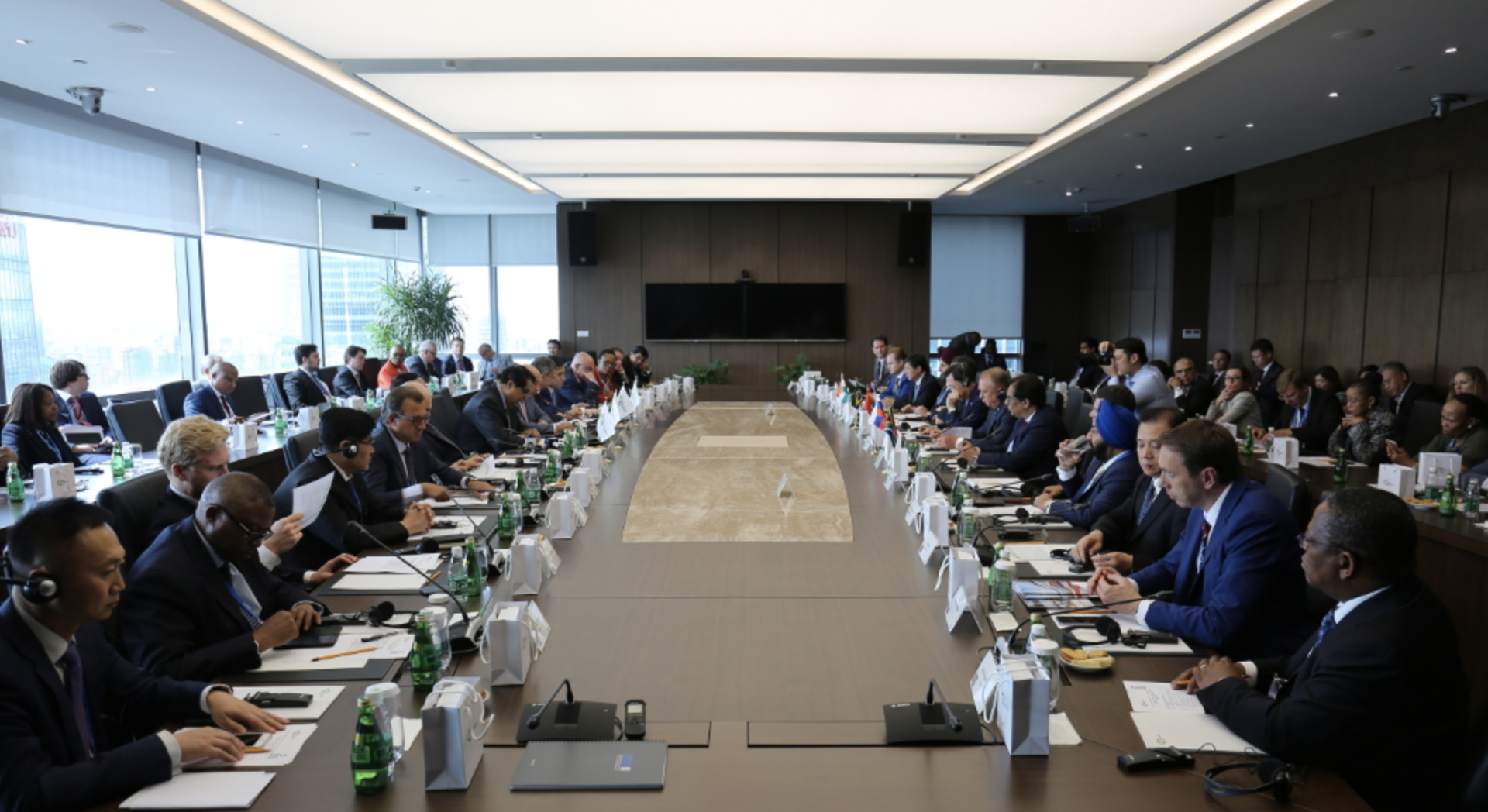 This institution was created in 2014-2015, and in 2021 Bangladesh, Egypt, the United Arab Emirates and Uruguay joined the list of NBR participants. The main task of the New Bank is preferential financing of investment and infrastructure projects. In addition, the NBR is engaged in issuing securities and lending to states.

As of July of this year, the New Bank has financed projects for almost $32 billion. The institution plans to allocate another $30 billion for 2022-2026. 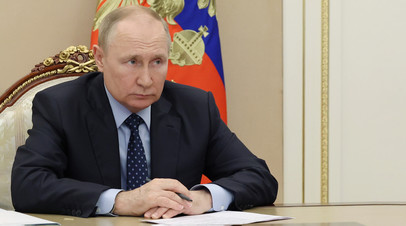 “World markets are in a fever”: Putin warned of dire consequences for the West if Russian oil and gas are abandoned

The use by the West of the sanctions policy against Russia can lead to catastrophic consequences for the global energy market,…

“I admit that in the near future new financial and economic organizations will appear within the framework of the BRICS, the agenda related to the introduction of its own currency and the BRICS payment system will receive additional dynamics,” says Maslov.

In addition, as the expert predicts, the BRICS participants will increase trade cooperation. Maslov does not rule out that members of the community will sign tariff agreements for the unhindered passage of goods across borders.

The expert is convinced that the expansion and development of the BRICS is fully in the interests of Moscow, especially in the face of unprecedented sanctions pressure from the West.

A similar point of view is shared by Andrey Koshkin. According to the analyst, the development and expansion of the BRICS finally destroys the plans of the West for international isolation and economic destruction of Russia.

“BRICS is evolving and turning into a platform where much more adequate rules of the game will operate. For our country, the development of the BRICS will largely offset the negative impact of the many anti-Russian measures that the West has recently taken,” Koshkin summed up.