A native of Armenia, 36-year-old Gohar Sargsyan moved to live in Russia with her father, who was sent as an employee of the Ministry of Internal Affairs to serve in Tuapse in 1990. The whole family received Russian passports. However, in 2020, the document was confiscated from the woman, as it was issued in violation of the established procedure, and through the court they discharged her along with her three children from her own home. In the migration department, Sargsyan is offered to re-register Russian citizenship, but the family is sure that the passport was obtained legally, and they demand to restore it. As RT was explained in the Ministry of Internal Affairs, if the competent authorities of Armenia confirm that Gohar does not have citizenship of the republic, the issue of acquiring Russian citizenship can be resolved in the manner of recognition.

Samvel Sargsyan, a resident of Tuapse, applied to the “Not One on One” project. He asks to help his daughter, who is raising three children, to restore Russian citizenship. The woman’s passport was confiscated, and then she was discharged along with her children from her own housing. At the same time, she received the document back in the 90s and permanently resided in Russia.

Gohar Sargsyan was born in the city of Sevan, Armenian SSR. Her father, Samvel Sargsyan, worked in the police. In November 1990, shortly before the collapse of the USSR, he was seconded to the disposal of the Tuapse GROVD for further service. Together with his wife and two daughters, Gayane and Gohar, he moved to Tuapse.

As follows from the certificate issued by the Internal Affairs Directorate for the city of Tuapse, in April 1991, Samvel Volodyaevich was registered in the control list of police officers of the GROVD of the city of Tuapse and the Tuapse district with a family composition for improving housing conditions: his wife and two daughters.

“I officially registered in Tuapse in 1991, and then we moved to a hostel and re-registered,” says Samvel Volodyaevich. — After the collapse of the Soviet Union, we stayed to live here. They took away my Soviet passport and gave me a Russian one. We all automatically received Russian passports. Daughters only have Armenian birth certificates. All other documents are Russian. They don’t even know how to read Armenian. We went to the garden here, got vaccinated. We do not have any other citizenships. A couple of times we went to Armenia to visit the graves of our parents for a few days, but we have been living in Russia for 32 years,” says Samvel Volodyaevich.

According to Sargsyan, his eldest daughter Gayane received a Russian passport in 1998, and a year later the document was issued to Gohar.

From a sick head to a healthy one

In 2017, Sargsyan was summoned to the migration department. There, the man was told that his passport was invalid. But, as Sargsyan says, having learned that he is an honored pensioner of the Ministry of Internal Affairs of the Russian Federation, the migrant workers did not take his passport away from him. But the document was confiscated from his daughter Gohar, saying that it was issued in violation of the established procedure.

“First they attacked me. But I am a pensioner of the Ministry of Internal Affairs of the Russian Federation, I have all the confirmations in the archive. I didn’t sell pasties. They left me behind, but they took up my daughter. They said that the document was issued in violation. But someone should be responsible for this, if they issued it with an error? Sargsyan is outraged. – And it turns out that at first they themselves violated the law, and now they are shifting everything from a sick head to a healthy one. Moreover, they announced that the passport was invalid back in 2017, and then in 2018 they issued their daughter a passport.” 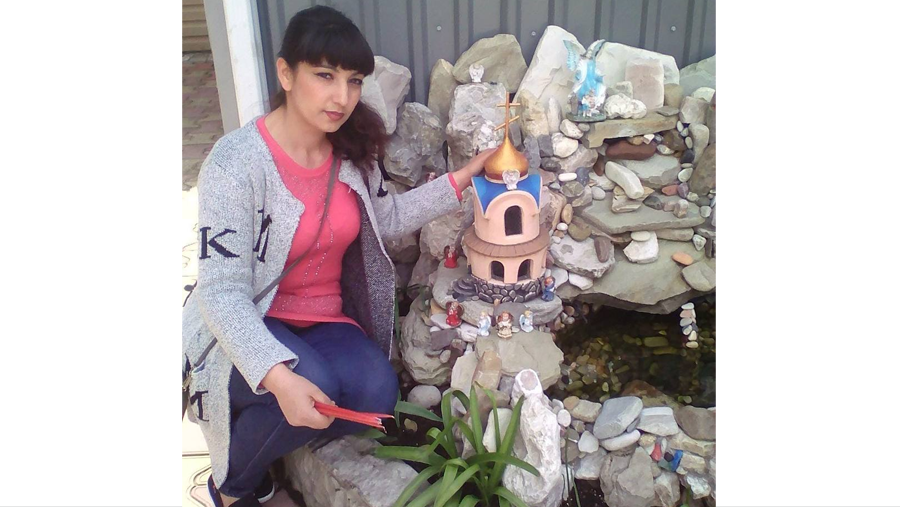 Gohar’s Russian passport was confiscated in November 2020. By this time, she already had three children and the testimony of a mother of many children. The eldest son is 18 years old, the youngest is four and two years old. They have Russian birth certificates.

“The daughter does not receive any payments for children, because she does not have a passport,” the man explains. Relatives help in any way they can. In kindergarten, the children had to re-register some documents, because they wanted to exclude them due to the mother’s lack of a passport. I went and talked to the manager. Well, how can minor children be expelled from kindergarten? Is a person worth nothing? A stranger’s kitten, if he comes into your house, you can’t kick it out, but here are the children. They went to meet us, left them.”

By the decision of the Tuapse City Court dated March 24, 2022, Gohar was removed from the register, as this prevented, according to representatives of the migration service, from obtaining Russian citizenship in the prescribed manner.

“Cynically, through the court, they discharged her with the children from the apartment that the state gave me,” says Samvel Volodyaevich. – She lives there with the children, and I live in a hostel. They didn’t let me go to court, and we don’t have money to pay lawyers. What should I do? Daughter cries every day, three children. They say, let’s make a residence permit, a passport again. And then a year later, something will not be the same again. I want her citizenship restored.”

In order of recognition

RT sent a request to the Ministry of Internal Affairs with a request to provide possible assistance to the family with paperwork.

According to Sargsyan, the family made several requests to the Passport and Visa Department of the Armenian Police. According to the official response, the department does not have information about Gohar Sargsyan’s citizenship of the Republic of Armenia.