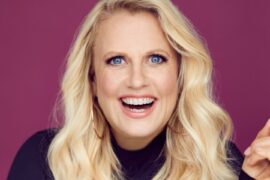 The awarding of the German Television Prize will be divided into two evenings this year. That is the reason.

In the “Night of the Creative”, television greats honor the work of specialists, who are awarded in a total of eleven categories. During the “TV Highlights of the Year” on the following day, not only prizes in 19 categories are to be awarded during a gala – among other things, musical interludes and surprises await the viewers.

ZDF Director Dr. Norbert Himmler (51) explains the new concept as follows: “The performance of the creative people who make outstanding television possible in the first place deserves the greatest attention. With a new and contemporary German television award, we want to celebrate the big moments of the television year and the achievements of television professionals appreciate two evenings in particular.”

German television prize has been awarded since 1999

An independent expert jury chaired by producer Wolf Bauer (72) decides who is nominated for the German Television Award 2022 and who wins it. The prize, which honors outstanding achievements in television, has been awarded since 1999. It is sponsored by ZDF, SAT.1, ARD, Deutsche Telekom and RTL. ZDF is in the lead this year.