‘Evangelion 3.0 + 1.0’ is one of those movies that seemed like they were never going to come and many fans of Hideaki Anno do not see that the end of the tetralogy would never come. In the end, the pandemic ended up adding to the production delays, but the wait was very worth it with a farewell to ‘Neon Genesis Evangelion’ in style.

Outside of Japan we were able to see the anime film through Amazon Prime Video, but if you were left wanting to see it in theaters, it has already been confirmed that ‘Evangelion 3.0 + 1.0: Thrice Upon a Time’ will go through the big screen in Spain.

During the Selecta Direct SummerFest, Select Vision has come with several bombshells under his arm, and without a doubt the biggest is the announcement that he has licensed the latest installment of the ‘Rebuild of Evangelion’ movie saga.

‘Evangelion 3.0 + 1.0: Thrice Upon a Time’ will be released in theaters in Spain this fall, more than a year after reaching a streaming platform. The fourth film of ‘Evangelion’ will also arrive in the original version with subtitles and dubbing in Spanish and Catalan.

For those who want to complete the collection, ‘Evangelion 3.0 + 1.0’ it has also been licensed for its physical format. As with the theatrical release, a specific date has not yet been set, so it’s time to stay tuned.

‘Rebuild of Evangelion’ reimagines the original anime series, although it presents us with several twists in each film, presenting us with a somewhat different story. 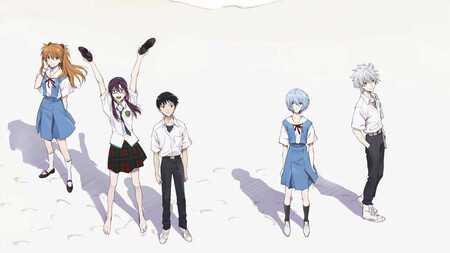 The plot of the series places us in the near future where mysterious beings known as angels come into contact with humanity, which led to a global cataclysm.

To prevent future attacks, the NERV organizationwhich is in charge of developing huge biomechanical creatures piloted by teenagers and that are the only thing with which the angels can be stopped. Shinji Ikari he wants to win the affection of his father, the leader of NERV, so he agrees to pilot unit 01 of the Evangelion.