When you browse on your Android smartphone, your activity is tracked everywhere. The goal? Build an accurate profile of you for advertising, by analyzing and informing companies about your browsing habits, the websites you visit, the time spent on these sites, your purchases and your clicks on advertisements.

This explains why sometimes, when a user stops on a Facebook ad, he then receives an advertisement for this same product by e-mail… or even by SMS.

Beyond the inconvenience caused, this practice can be dangerous for your data and privacy. And unfortunately, despite recent advancements, both Android and iOS aren’t very good at preventing your activity from being tracked globally.

Yet there is hope. And it’s called DuckDuckGo.

If you’re unfamiliar with DuckDuckGo, it started out as an alternative search engine, with the promise of offering far more privacy than Google. The company then launched its own web browser for Android and iOS, focusing on confidentiality and privacy protection.

By default, this browser does not collect any data and does not share any data with third parties. Besides, DuckDuckGo is a very good web browser, with many options to customize it.

If you’re not convinced yet, this new feature might make you want to change your default browser: protection against activity tracking.

This new feature is currently still in beta. To be able to activate it, you need an invitation.

If you want to try it, join the waitlist in the app by going to Settings > Application Tracking Protection. 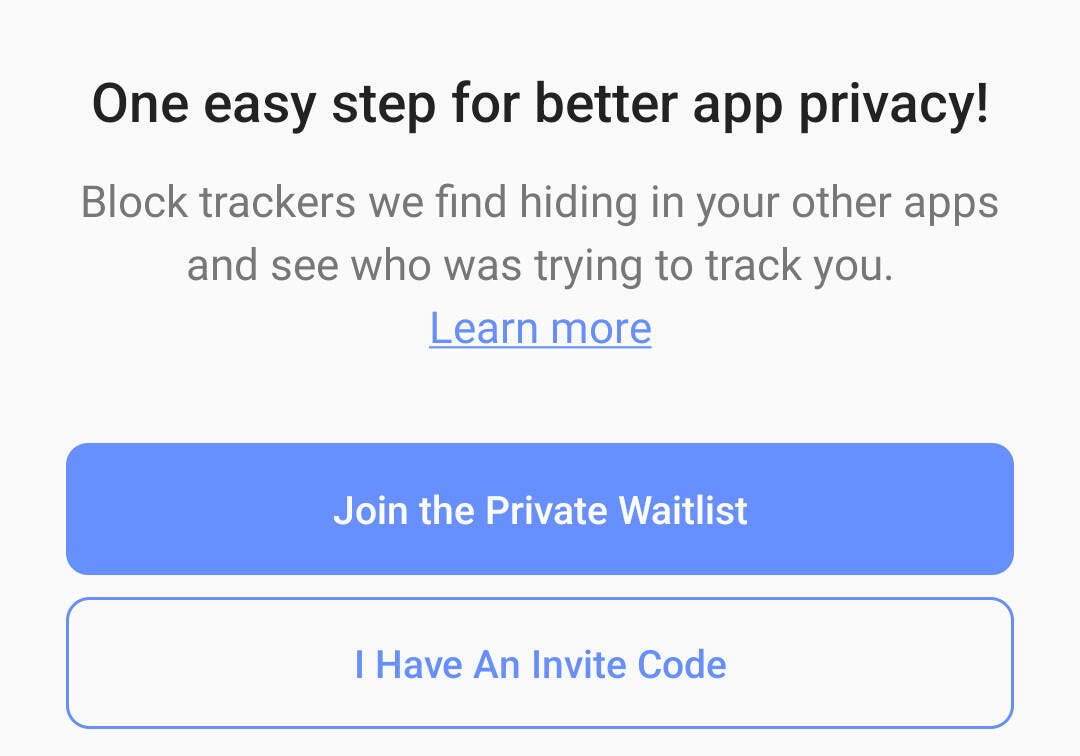 Once your request is accepted, you will receive an invite code which you can enter to activate the feature.

DuckDuckGo is watching over you

Once enabled, you will find that DuckDuckGo reports all blocked tracking attempts in your notification screen. You’ll also have access to a well-designed dashboard that displays all blocked trackers in the last seven days: 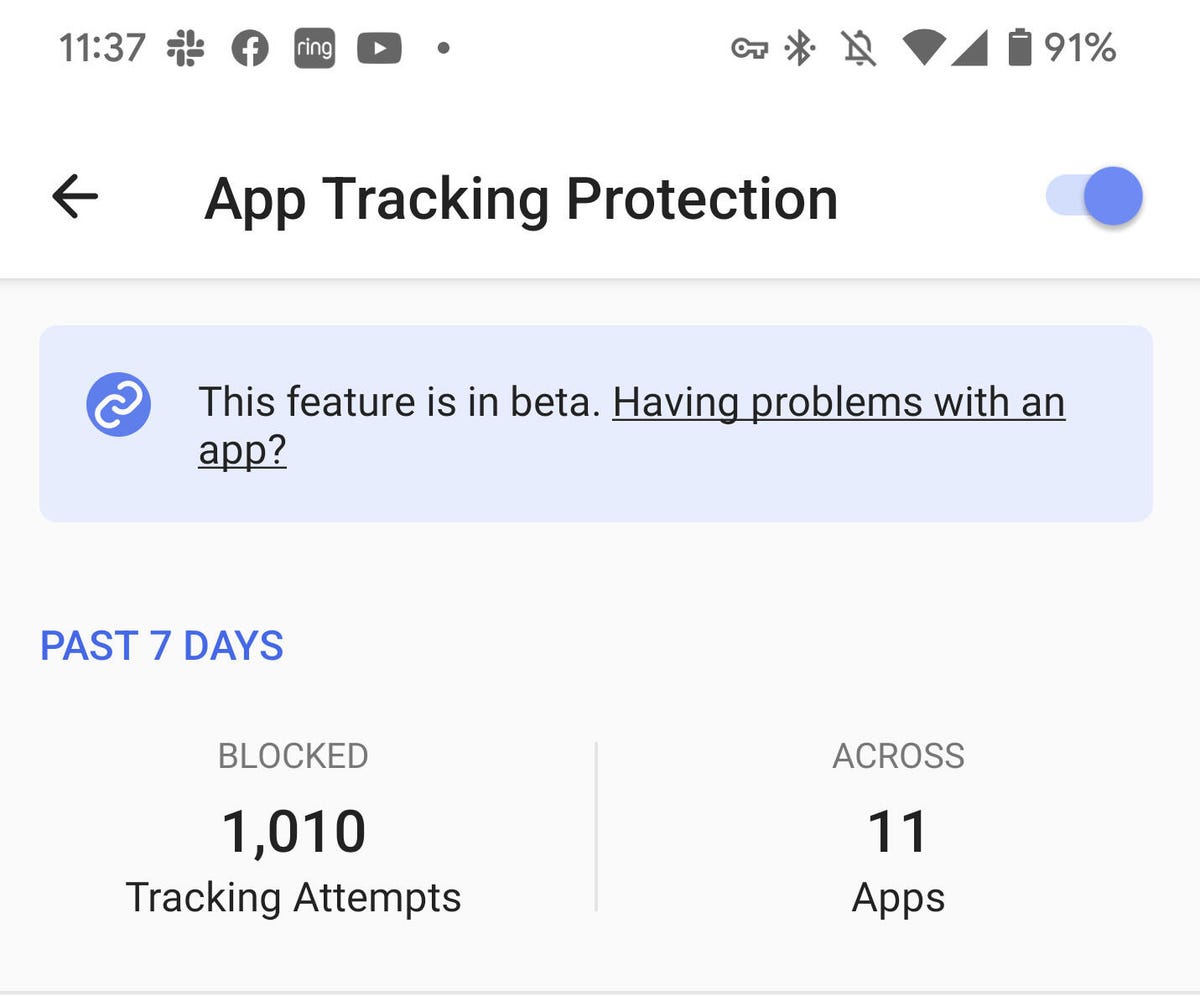 No app can track you with DuckDuckGo watching. Screenshot: Jack Wallen.

Allow apps to track you

Over the days or weeks, you may find that some apps no longer work as expected. The reason may be that the app needs to track your activity to work properly. In this case, you have two options: uninstall the app (recommended, unless you really need it) or allow this app to track you.

To authorize this application to follow you, it will be necessary to locate it in recent activity and click on it. In the page that is displayed, press the ON/OFF slider until it is in the OFF position. DuckDuckGo will no longer block trackers from this app. 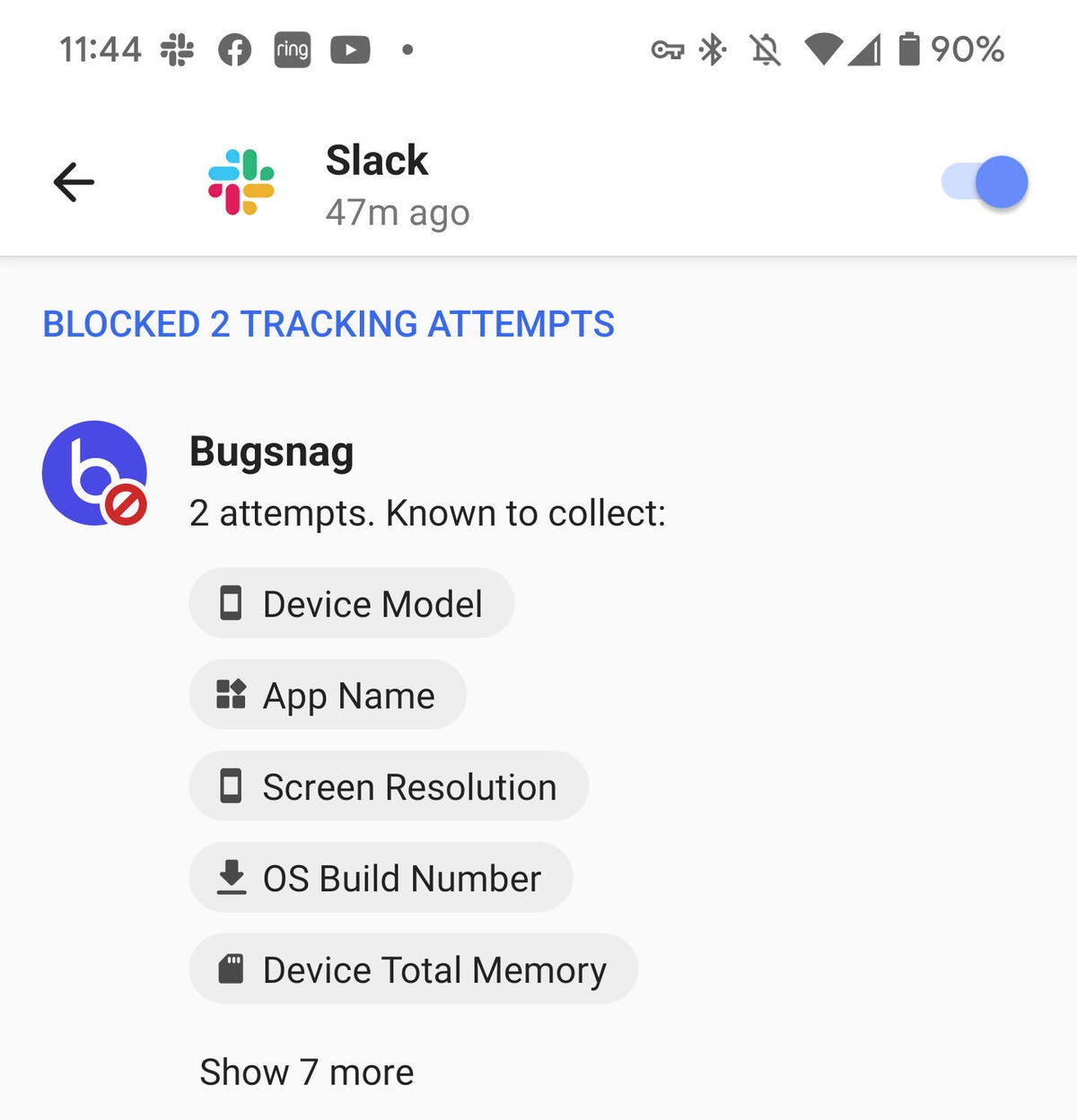 Unless you absolutely need the app, I suggest uninstalling it to stay safe. Screenshot: Jack Wallen.

After testing it, I recommend this app. Still, no solution is perfect, and the new DuckDuckGo browser feature has one major downside. Which does not call into question my recommendation, but which deserves to be underlined.

I have noticed that DuckDuckGo is seriously draining my Pixel 6 Pro’s battery. I’m using the latest Android update, and the browser used 26% of my battery over a 14-hour period.

Pay attention to your version of Android

When I turn off app tracking protection, the battery life returns to normal. However, this phenomenon is isolated to the latest update. Prior to this latest version, battery life was hardly affected by the app. Hopefully the developers of DuckDuckGo will fix this problem in the next version.

In the meantime, you can at least request to join the private waitlist and, once accepted, make sure you install a newer version than 5.130.0 (which is the version that’s causing issues with my battery).

If you take your privacy seriously and are looking to block app tracking as much as possible on your Android device, DuckDuckGo App Tracking Protection is the best way I have found to succeed. Try it, and you’ll see that your apps will be less able to track your online behaviors.