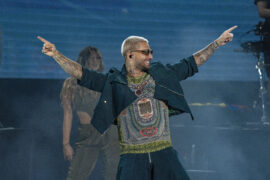 The summer season of music festivals continues and fans of any style, from pop and rock to rap, jazz and reggaeton, still have plenty of possibilities to enjoy some (or all) throughout the national territory. Below (in chronological order), some of the most important events of August and early September.

STARLITE (until September 3). It is the most anticipated musical event of the Marbella summer. The most dazzling stars of the Spanish and international scene have yet to pass through the glamorous festival, which opened at the end of June, such as C. Tangana, Camilo, Malú, Taburete, Morat, Hombres G, Dani Martín, Luis Fonsi, Estopa, Sebastian Yatra… Where: La Cantera de Nagüeles Auditorium, Marbella (Málaga). More information and tickets here.

CASTELL DE PERALADA (until August 6). Dance and classical music are the protagonists of this festival that is held in the gardens of the medieval complex of the Castle of Peralada, in the town of the same name on the Costa Brava. This year will also feature the presence of Joan Manuel Serrat, Pink Martini or José Carreras. Where: Peralada, Girona. More information and tickets here.

SANTANDER MUSIC (from August 4 to 6). It is the most international festival in the Cantabrian capital, which is held in the privileged setting of Magdalena. On the poster for this edition will be The Killer Swing, Delaporte, Lori Meyers and Annie B. Sweet, among others. Where: Esplanade of La Magdalena, Santander. More information and tickets here.

LEGENDS OF ROCK (from August 3 to 6). Fifteenth edition of this festival that has become a reference for lovers of heavy metal and hard rock. Where: Villena, Alicante. More information and tickets here.

SOUTH PYRENEES (Until August 6). In a luxurious natural environment, in the Pyrenean town of Lanuza, the International Festival of Cultures Pirineos Sur presents great names such as The Waterboys, Echo & The Bunnymen or Andrés Calamaro. Where: Lanuza Auditorium, Huesca. Program and tickets, here.

ESTRELLA DE GALICIA NORTHWEST FESTIVAL (from August 10 to 14). The Riazor beach is once again one of the settings for this event that takes place in various spaces in La Coruña, and in which pop-rock music is the protagonist and access to concerts, gratuitous. Zahara, Tanxugueiras, UB40 or Amparanoia are some of the guests. Where: various spaces in La Coruña. Program here.

SONGS FOR AN EWAN DAY (August 12 and 13). The Asturian forest of Salinas hosts a new edition of this meeting between the music of emerging artists, sports and gastronomy in the middle of nature. Andrés Suárez, Smile, Valeria Castro, Noan, Marcos Cao, LYD, Samuraï, Ainoa Buitrago, Maximiliano Calvo or Sebastián Cortés, among others, will be some of the artists who will take to the stage this year. As on previous occasions, the food truck area will offer international proposals for all tastes. Where: El Agüil Forest, Salinas, Asturias. Gratuitous

LEMONCITO FEST (from August 18 to 20). Three days of concerts, DJ sessions and food and drink await the attendees of this sugarcane festival that takes place in Novales, the town of lemons, very close to Comillas. Hall Effect, DJ Nano, Marlon and Cali&El Dandee will be some of the guests. Where: Barrio la Iglesia, 12, Novales, Cantabria. Program and tickets here.

AQUASELLA (from August 18 to 21). A meadow near the town of Arriondas, in Asturias, is the setting for this electronic music festival that is gaining more and more followers. With a camping area, attendees will not stop listening to music during the four days of the event. Where: Arriondas, Cangas de Onis, Asturias. More information and tickets here.

GIANT FESTIVAL (from August 25 to 27). Dorian, Lori Meyes, Rigoberta Bandini, Joe Crepúsculo, Miss Caffeína and The Red Room, among others, will participate over three days in this festival that celebrates its eighth edition. Where: Orchard of the Bishop of the Archbishop’s Palace (Cardenal Sandoval y Rojas, Alcalá de Henares, Madrid). Program and tickets here.