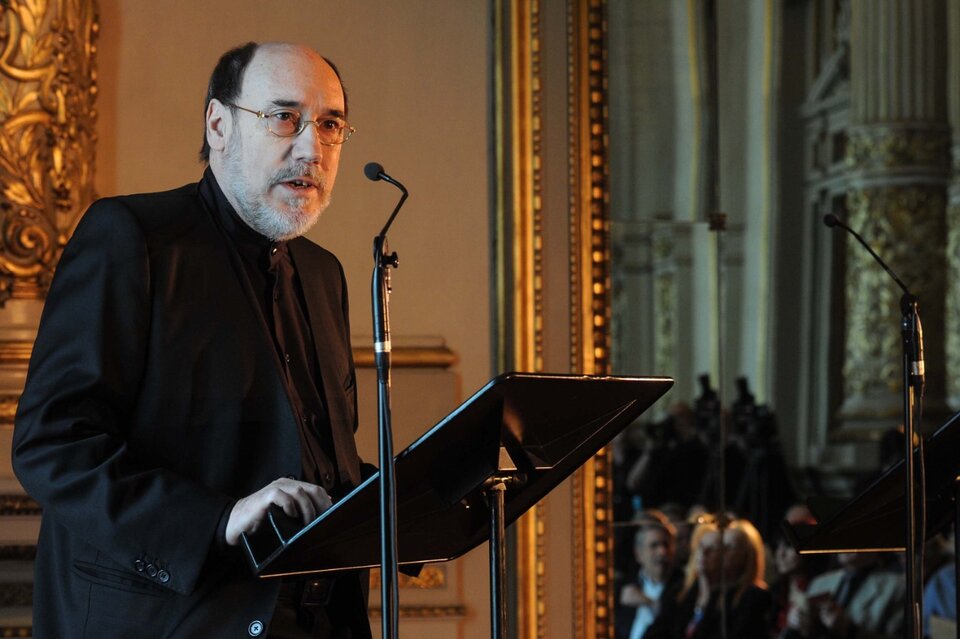 On Friday, in Buenos Aires, Pedro Pablo Garcia Caffi died. He was 77 years old. The news arrived the same day at night, through a statement from the press office of the Colon Theaterinstitution from which he was general and artistic director between February 2009 and January 2015. Musician, director, producer and cultural manager, García Caffi knew how to gravitate in the dynamics of Argentine culture in recent decades, between the academic and the popular. It was among other things one of the founders of the Zupay Quartetexecutive director of the Bariloche Camera and artistic director of the Philharmonic Orchestra of Buenos Aires. From the early hours of Saturday, with signs of affection and pain, the news multiplied through social networks.

Pedro Pablo García Caffi was born in September 1944 in Buenos Aires. Early began his musical studies, in piano, guitar, flute and singingwhich later complemented a solid training in theater, direction and staging and History of Art. In the early 1960s, while making his first steps in professional music, he experimented with artistic photography and served as photojournalist for various agencies and journalistic media in the country.

In 1966, with his brother Juan José, Aníbal López Monteiro and Eduardo Vittar Smith, Pedro Pablo founded the Zupay Quartet, which he joined and directed for 25 years.. The two volumes of folklore without looking back, from 1967 and 1968, in which ancient and modern repertoires were combined in an original avant-garde idea, immediately placed the vocal ensemble among the most vital samples of Argentine popular music. From then on, Pedro Pablo executive produced twenty records de Zupay, published on the Trova, CBS Columbia, Philips, RCA labels and on the Inter-American Music Editions of the Organization of American States. Several of these recordings were awarded the “Gold Record” for their sales and were successively released in Japan, Spain, France, Germany, Holland, the United States, Canada, Colombia, Venezuela, Uruguay and Chile and even today they have national and international distribution.

In 1983, for a national tour, García Caffi staged Englisha play written and directed by Juan Carlos Gene with the participation of Pepe Soriano and the Zupay Quartet. In 1985 he replaced the piece for a tour organized by CELCIT (Latin American Center for Theater Creation and Research) through Spain (Madrid, Seville, Zaragoza, Valencia, Murcia and Barcelona).

In 1992 García Caffi was appointed Director General of the Buenos Aires Philharmonic, organism that revitalized from a change of artistic concept and management that promoted national and international tours, the presence of top-level soloists and record records. In the same spirit, in 1997 he assumed the position of Executive Director of the Camerata Bariloche, undoubtedly the most prestigious Argentine chamber orchestra, with which, in addition to notable recordings, performed subscription concert cycles at the Teatro Colón, at the Teatro Nacional Cervantes and at the Sala de las Américas of the National University of Córdoba. In this administration, the Camerata Bariloche toured Bolivia, Brazil, Chile, Paraguay and Uruguay and performed alongside artists such as Frederika von Stade, Cho Liang Lin, Vadin Repin, Shlomo Mintz, Eduardo Fernández, Derek Han and Jean-Yves. Thibaudet. Among the milestones of those years is the cycle Let’s go to Colón with the Camerata Barilochepresented by the Konex Foundation, with texts by Pablo Kohan and a performance by Antonio Gasalla.

In February 2009, after resigning from the post of Horacio Sanguinetti and in the midst of endless controversies, repeated complaints and little information about the restructuring that had closed the theater for two years, García Caffi assumed the General and Artistic Direction of the Teatro Colón. In May 2010, in the midst of the unforgettable Bicentennial celebrations of the Argentine Republic, he had to be the director who reopened the theater. In the 2010 season he programmed himself as stage director, set designer and lighting designer for Katia Kabanova, the opera by Leos Janácek. He held the position until January 2015, also becoming one of the oldest directors in front of the Teatro Colón.

Varun Kumar is a freelance writer working on news website. He contributes to Our Blog and more. Wise also works in higher ed sustainability and previously in stream restoration. He loves running, trees and hanging out with her family.