The issue of account sharing between users and the repressive measures planned by Netflix have been animating the media since Netflix executives declared that more than 100 million households worldwide share their account, including 30 million in the United States and Canada. Since then, Netflix has launched an experiment in South America to charge a supplement of between 2 and 3 dollars for households that share their account.

While waiting to find out how Netflix will generalize this measure, Kagan provides interesting details on the profile of “sharers”. Three main conclusions emerge from this survey:

By analyzing the results in detail, Kagan makes it possible to profile the subscribers who share their account:

In the end, Kagan analyst Brian Bacon concludes: “Netflix intends to crack down on password sharing in order to turn password sharers into paying subscribers. This will be difficult since shared login users tend to have less disposable income and are less engaged in streaming, especially compared to recent subscribers.”

Once the American observation has been made, it remains to be seen how Netflix will manage the subject, on the one hand in the United States where the sharing rate is particularly high (30 million out of 74 million subscribers) and in the rest of the world where ARPU is generally lower than in the United States. 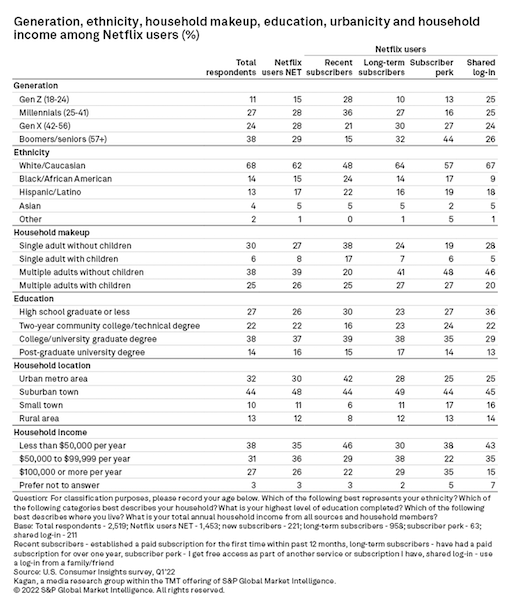