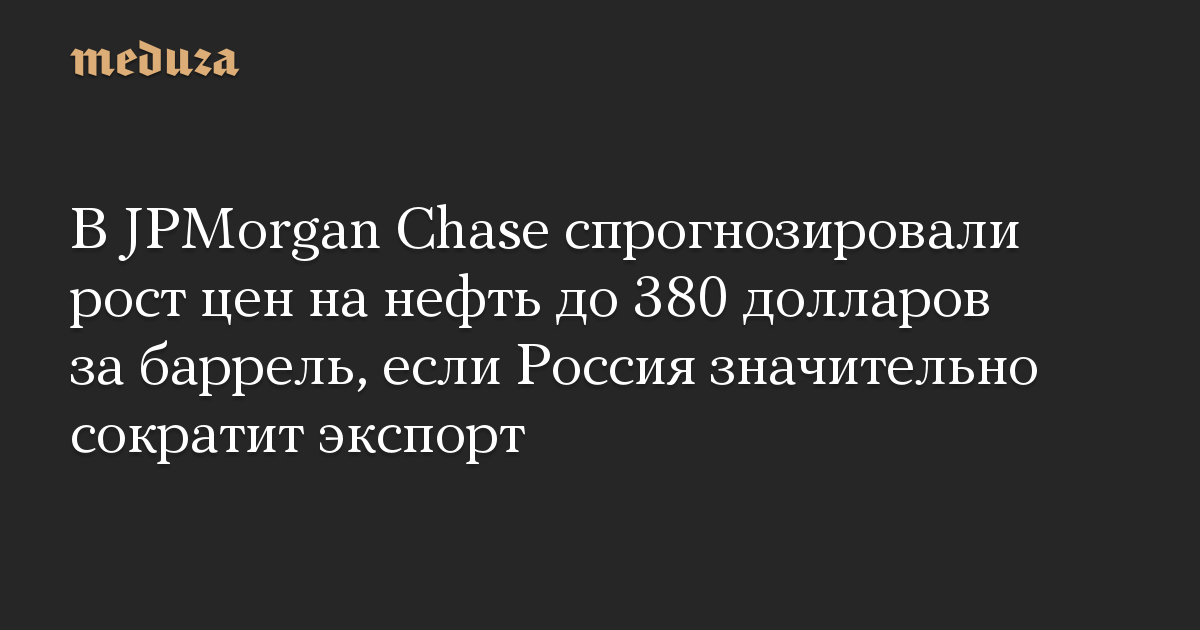 Analysts at JPMorgan Chase & Co predict that the price of a barrel “could fly into the stratosphere” if Russia, under pressure from sanctions, decides to cut production and exports.

The authors of the forecast refers Bloomberg, do not rule out that Russia, in an attempt to limit its oil revenues, may sharply reduce supplies. For the world economy, they believe, the consequences of this could be catastrophic.

If Russia reduces production by 3 million barrels per day, according to JPMorgan Chase & Co, then oil prices on the ICE exchange in London will rise to $190.

Under the worst-case scenario, according to JPMorgan Chase, Russia could reduce daily production by 5 million barrels without causing significant damage to its economy. The withdrawal from the market of such a volume of oil will lead to an increase in prices for it up to $380.

A scenario in which Russia will cut exports “to annoy the West” is considered “very likely” by the authors of the forecast.

At the end of June, the G-7 summit discussed options for reducing Russian oil revenues in order to reduce Russia’s financial capacity to wage war.