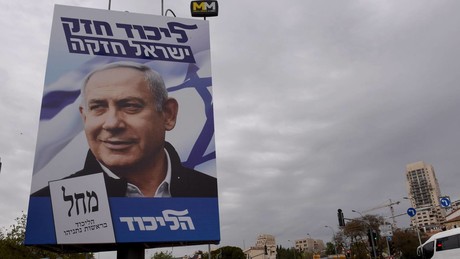 Israel’s eight-party coalition government made the decision to dissolve itself, ushering in its fifth government election in just four years. An election that will see Israeli opposition leader Benjamin Netanyahu eyeing a comeback and highlight Tel Aviv’s domestic vulnerabilities that his opponents could exploit.

After a sluggish two-year period during which four national elections were held, an unprecedented Israeli coalition government was sworn in in June 2021. At the center of Israel’s political chaos has always been former Prime Minister Benjamin Netanyahu. A year later, not much seems to have changed. Now Israeli Prime Minister Naftali Bennett of the far-right Yamina party has decided to pack down tents, dissolve his government and hand over his post to coalition partner Yair Lapid, who has been sworn in as interim prime minister and is now awaiting a new round of elections.

In Israel’s political turmoil, it is important to understand that the Israeli Knesset has always been, and always will be, a deeply divided place. There was never a one-party government, only coalitions. The last eight-party coalition was perhaps the most ideologically diverse, claiming a slim 61-seat majority needed to form a government by making significant political compromises, such as – for the first time in Israel’s history – incorporation an Arab party into government.

Although many Israelis initially supported the coalition government, it quickly proved ineffective and weak on several fronts, due in large part to a committed opposition bloc led by Benjamin Netanyahu and his centre-right Likud party, and also because the coalition parties differed on many points. The final straw that broke the camel’s back came early last month when the Israeli government failed to pass an emergency law that would allow illegal Israeli settlers to be governed under civil law while Palestinians live in the same areas under Israeli military law have to. The law is usually renewed every five years and is considered one of the easiest laws to pass. However, due to the refusal of the Israeli opposition to vote for it, the ruling coalition itself could not garner enough votes in the Knesset to pass it.

From the outset, Netanyahu had accused the right-wing coalition parties of “betrayal,” claiming that the left, along with the Islamist Raam party, were secretly plotting an anti-conservative takeover. This is despite a coalition made up mainly of far-right, centrist, Islamist and centre-right parties, with only two of those with left-wing leanings. While popular Israeli right-wing politicians – such as Justice Minister Gideon Saar, Treasury Secretary Avigdor Lieberman and Naftali Bennett himself – have all received support from their political cronies for their anti-Netanyahu stance, the next election results may prove to them that they have committed political suicide, because they have joined a government with centrists and an Arab party.

If it is true, as has been speculated, that ex-Prime Minister Naftali Bennett and other right-wing members of his defunct coalition will face an election backlash, then Benjamin Netanyahu may have just unleashed a highly successful showdown. One that could secure enough seats for him and his allies to form a coalition government later this year.

Mostly left out of all the haggling is the Palestinians, who will not see much change immediately regardless of which government is sworn in next, but whose leaders will seek to take advantage of the Tel Aviv crisis. Hamas, the most popular Palestinian political party dominating the Gaza Strip, will try to exploit the weaknesses of the Israeli political elites to either ease the blockade of Gaza or, alternatively, find an opportune moment to attack Israel.

Over the past year, the Israeli ruling coalition has failed to show a unified stance on solving the Palestinian issue, an example being Israel’s policy in the West Bank. While Israeli Foreign Minister Yair Lapid and Defense Minister Benny Gantz opted for a closer relationship and security cooperation with the West Bank-based Palestinian Authority, Prime Minister Bennett refused to publicly look in that direction.

US President Joe Biden is planning a visit to the Middle East in mid-July, during which he will also travel to the Kingdom of Saudi Arabia, prompting some speculation about a push to normalize relations between Tel Aviv and Riyadh. In reality, the visit is more likely aimed at bringing Middle Eastern countries together to combat Iranian influence in the region. Now that Israel is effectively without a government again, Joe Biden’s visit will have to play a more balanced game and sidestep serious political goals. All of this means that Israel is now a place of weakness due to its domestic insecurities.

Robert Inlakesh is a political analyst, journalist and documentary filmmaker currently based in London. He has reported from and lived in the occupied Palestinian territories and currently works for Quds News and Press TV. He directed the film Theft of the Century: Trump’s Palestine-Israel Disaster. You can follow him on Twitter at @falasteen47 follow.

More on the subject – Israel: Knesset is to be dissolved – “Bibi” hopes to return