New times, new threats, new solutions. If Russia’s invasion of Ukraine has shown us anything—besides the extent to which we are interconnected with their economies—it is that war is no longer just fought on battlefields. In addition to tanks and fighters, disputes are settled by blows of malware, propaganda and, of course, unmanned aerial vehicles. To tackle its threat, in Ukraine they have already developed their own model of anti-drone rifle.

Kvertus Technology, a company from Ivano-Frankivsk, western Ukraine, has designed several devices for drone blocking. In its online catalog it advertises about half a dozen, in addition to signal inhibitors and other devices designed to nullify its threat.

One of the most popular is the KVSG-6 Jammer Drone, capable of covering an area of ​​between 2.5 and 3 kilometers. According to the company, it weighs six kilos and its batteries last about half an hour. Another of its models is the JVWG-3 —both devices have their respective mini versions—, with a somewhat greater autonomy but a much shorter range, up to a thousand meters.

“Antidrone KVSG-3 allows to effectively combat drones approaching the protected area by suppressing their control and navigation channels, leading to neutralization and crash landing of the intruder”, explains the Ukrainian company.

The weapon, equipped with a handle, scope and reminiscent of sniper rifles, works with radio signals that interfere with the control of the drone and disable it. Why block it and not just shoot it down with conventional weapons that do not have such conditioned autonomy? Well, for a simple reason: strategy.

If the enemy uses drones to spy, why not turn the tables, capture the device and take advantage of its information or even reuse it for their own benefit?

“We do not damage the drone. With the loss of communication you simply lose coordination. It lands where it is blocked or can be blown away”, explains Yaroslav Filimonov, director of Kvertus, to The Registerwhich specifies that the range of the rifle extends to 3.5 km. 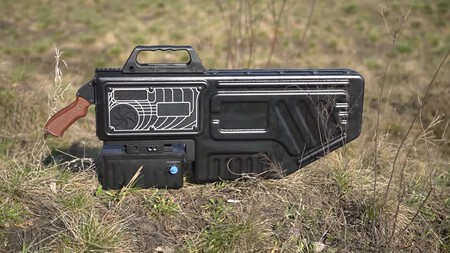 In the case of the KVSG-6, the device can interrupt remote control and transmission of 2.4 GHz and 5 GHz video, GPS L2 and L1 signals and GLONASS. The firm manufactured 80 units and claims to have already received another hundred or so orders, especially from donors who then deliver them to the troops fighting on the front lines. The device, Radio Free Europe specifies, costs 12,000 dollars.

Ukraine is not the only one that has stepped up to combat the threat that drones may represent. As Kvertus points out, in times of war these devices can be an ally to access restricted areas for hunting information; but they are also used in drug smuggling, bomb dropdata collection or use of weapons.

In Spain we have been using rifles capable of neutralizing them for some time now.

… the anti-drone rifle is one of the most sophisticated weapons we use to neutralize overflying drones ☁ protected spaces 🙌#WeAreForYou pic.twitter.com/Z3opLtPcY3

In 2019, for example, the National Police shared on networks the photo of an agent with a UAV-D04JAI Jammer rifle, from the firm HiKVision and designed with a very similar approach to that of the KVS G-6: its objective is to cut communication between the drone and the remote control, in addition to the GPS network. Its range, it was specified then, reaches 1.2 kilometers and among other things it allowed to cut video transmissions. To fine-tune the shot, it has a nine-magnification peephole.

At the beginning of 2021, the Army Logistics Support Command (MALE) also acquired 25 portable anti-drone systems from the Spanish company Aeronautica SDLE to add them to the Civil Guard’s arsenal. The contract stipulated that the devices should be easy to deploy, rifle-shaped and offer an inhibition of about 1,000 meters. The devices also allow the incorporation of omnidirectional antennas to interrupt communications between the drone and its control. 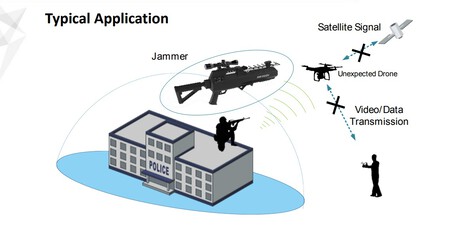 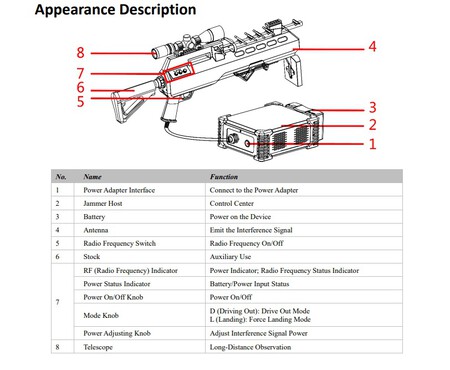 Three years ago the authorities came to use the UAV-D04JAI to guarantee security during the Champions League final at the Wanda Metropolitano, in Madrid, but over the last few weeks we have once again seen it playing a leading role in very different scenarios.

In mid-May, the PEGASO team in Vigo was reinforced with an anti-drone rifle before the imminent arrival of the king emeritus in Galicia. The device returned to the news this week as part of the extensive security deployment that shielded the Barajas airport coinciding with the arrival of international authorities for the Atlantic Alliance summit.

The objective: that drones can become our great allies to distribute merchandise or even in urban transport; but not in times of war or for less respectable ends.