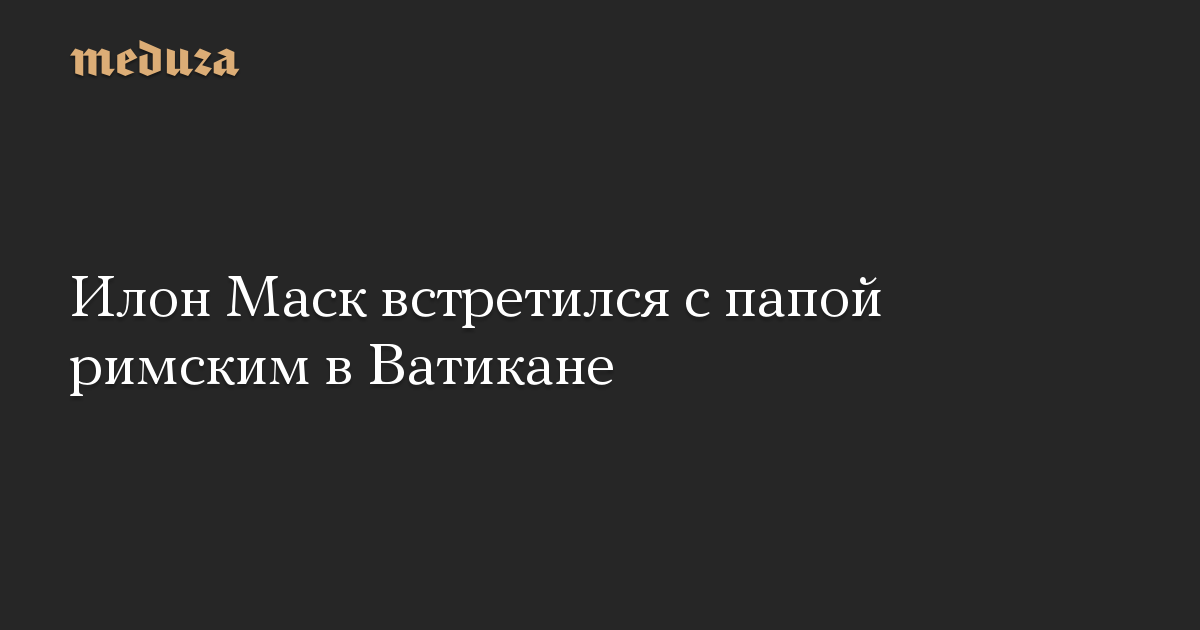 Tesla and SpaceX founder Elon Musk tweeted a photo of himself with Pope Francis. The businessman noted that the meeting with the pontiff was an “honor” for him.

According to Musk’s tweet, the meeting took place on July 1st. Together with the businessman, four of his eight children attended – 18-year-old Griffin, 16-year-old Damian, Kai and Saxon.

How informs the Italian newspaper La Repubblica, the richest man in the world and his children paid a private visit to Francis. The meeting took place in the House of St. Martha in the Vatican and lasted about 40 minutes. During this time, the pontiff and the billionaire, among other things, discussed “environmental problems and the future of mankind.” No other details of the meeting were given.

How notes Reuters, Since June 21, Elon Musk has not posted anything on Twitter, the social network he is trying to buy. On July 1, he returned to Twitter with a series of posts, including a photo with the Pope.

In May, the businessman announced that the deal to buy Twitter was on hold due to estimates of the number of fake and spam accounts on the social network. After that, the company’s shares in the preliminary auction fell by more than 20%.