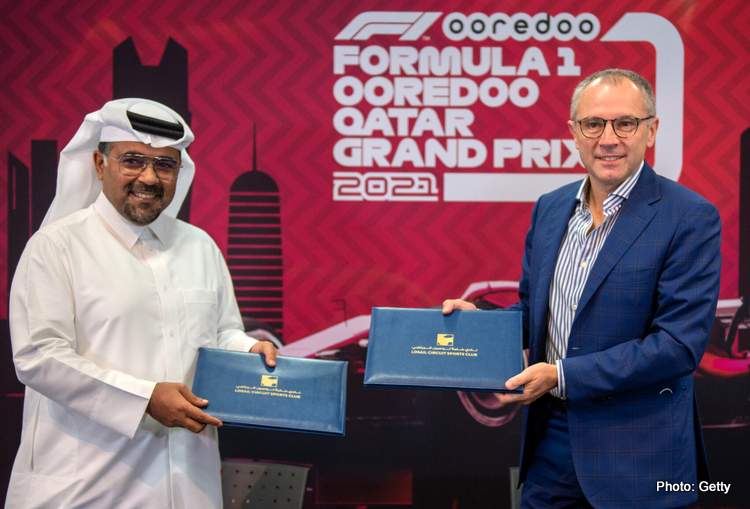 As Formula 1 experiments with the Sprint Race format with one more race in Brazil, sports chief Stefano Domenicali says the concept has been an incredible success and promises a lot more for next season.

Sprint races were first introduced at the British Grand Prix, again at the Italian Grand Prix which left most F1 fans, drivers, team leaders and experts disappointed but apparently not according to F1 which has its own polling service to operate. .

Although it should be mentioned, the results of a visitor survey on F1 sprint races, which took place a few weeks ago on F1 Fan Voice, do not appear to have been made public yet …

Nevertheless, as planned this season, a third Sprint Race weekend will take place during the Brazilian Grand Prix scheduled for November 5-7.

Following the addition of Qatar to the F1 calendar for the next decade, Domenicali revealed to Sky Sports: “We said at the start of the year that there would be three tests this year to make sure we have the right plan for the future.

“The vast majority of the feedback we received was overwhelmingly positive. The promoters are super happy because there is something new and important on Friday, Saturday and Sunday.

“We are receiving this positive feedback, so we have to know that next year we have a great plan where we will also take into account the points made by people who did not like this format. Overall, it’s an incredible success.

“I can say that we won’t go everywhere with the Sprint quality format. This is something that we want to keep for a third of the races more or less and connect with some different way of giving rewards and points and connecting with specific circuits which as you know would make a difference.

“So there is food for thought. We will involve all stakeholders: broadcasters, pilots, teams, promoters and fans. We will not forget that our role is to make the right decision and to consider all of everyone’s points and perspectives.

As for the F1 2022 calendar, in an uncertain COVID-19 landscape, Domenicali continued: “I can anticipate that, of course, the calendar will be done with 23 races.

“Of course, we will be very respectful of the Covid regulations issued around the world by the various governments. But it’s our goal that F1 can give that sign of hope and go to normal things to enjoy it. “

“The idea is to make sure there is the right pace for the schedule. There are of course period considerations to ensure that the logistics flow must be correct.

“One thing I can tell you, without discovering too much, is that next year the season will start in mid-March and end in mid-November,” added Domenicali. This would avoid a clash with the FIFA World Cup in Qatar scheduled for December 2022.