Buying a router for our home looking to improve those that the operators give us was a relatively simple task a few years ago. But right now, new protocols and technologies evolve at such a rate that we risk buying a model that cannot work with everything that comes in a matter of a few years.

That is why it is worth it, if you consider making the purchase, take into account which technologies are going to be the most common in the routers of the future next. In this way, even if we make the purchase today, we will be prepared for the technologies that come.

If you want a router that will perform well for years to come, it is practically mandatory to buy a model that either support the WiFi 6 standard. Many of the routers in use today are WiFi 5 and their operation is decent, but with more and more devices and accessories connected in our homes they can become saturated.

As we have already seen in Engadget, the main advantage is not a substantial increase in connection speed (we went up from 433 to 600 Mbps in data speed and from 7,000 to 10,000 Mbps in theoretical maximum speeds). What counts is higher performance and efficiency of connections, even in situations where there are many devices connected to the same wireless network. The first sign of this is that 2.4 and 5GHz bands are used at the same time, to take advantage of the connection speed of one and the wide coverage of the other.

OFDMA technology is capable of dividing the signal to various devices and users, being more efficient and avoiding the classic FIFO queue to transmit data.

A router with quality WiFi 6 should be compatible with OFDMA, MU-MIMO and BSS coloration technologies. OFDMA allows dividing the signal emitted by a router to serve several devices at the same time, reducing latency and increasing performance when there are many devices requesting data.

MU-MIMO also applies improvements in this regard, allowing the router to send simultaneous data transmissions to multiple devices at the same time instead of individually (leading to busier device and router queues for longer). For its part, the BSS Coloration reduces the interferences that may exist between two access points of the same wireless network by assigning labels (“colors”) to each point, deciding at each moment whether it is better to use the points simultaneously or not.

More than speed increases, routers with the latest technologies focus on optimizing connections and decongesting them

WiFi 6 also helps reduce the consumption of devices that connect to your network thanks to the technology called Target Wake Time (TWT). With it, it is avoided that the devices periodically check if there are pending data transmissions from the router and vice versa: the network itself already “negotiates” an access time to the transmissions with which it is already known when to stop it.

If you already want to put the icing on the cake and get a license plate when choosing a router, you can find that it is compatible with the evolution of WiFi 6 called Wifi 6E. Its main change is that it also includes the 6GHz band, when WiFi 6 and other previous generations work in the 2.4 and 5GHz bands.

WiFi 6E too add several more channels (14 of 80MHz or 7 of 160MHz depending on the router), when until now you could only use two channels at 160MHz. The result will be much less congested and efficient areas even with many devices connected to the same network.

Do not forget that all these connections should also include the WPA3 security protocol, which improves the protection of our network even from ourselves when we establish weak passwords that would easily fall under a brute force attack. In fact, it is most likely that if a router does not offer WPA3, it is not directly a WiFi 6 router.

Another major advantage of WPA3 is encryption of transmitted data, so that if someone manages to guess your WiFi password by whatever method, they will be unable to consult the data that was transmitted before its intrusion.

WiFi Mesh: make your network a mesh that optimizes your connections

Another feature that should not be ruled out is the call WiFi Mesh, O Mesh WiFi. With it, we no longer buy a single router, but a set of two or three nodes with which to properly distribute the signal throughout the house.

The main function and advantage of mesh networks is that it is these routers that decide, by detecting the devices, which node is the one that can give the best signal. Nothing to depend on what the device detects at that moment: the nodes will process and decide in real time which one of them will provide the best signal. They are the modern alternative to the classic repeaters and a suitable solution for those houses that have black holes signal in some corners.

Is there something beyond WiFi 6E, Mesh networks and all their technologies? Yes, we can mention the one currently called WiFi 802.11bf, which will bring us the possibility of detecting movement and measuring distances using the signals of the wireless network itself. However, these types of networks will not arrive until at least 2024 and it is still too early for you to consider it right now.

Not everything is going to be wireless: 10Gbps wired networks can help a lot

WiFi networks are getting better, but cables will always offer a more stable and faster connection. There are those who even do works at home and create their own cables to connect their devices knowing that. The more devices you have connected with cable, the fewer devices will be congesting your WiFi network. In Nintendo they have just shown that they take this into account by adding an ethernet port in the new model of the Switch.

So, if you are one of those people with plans to use ethernet cable wherever you can, it is not a bad idea to look for a router capable of working at speeds of 10 Gbps. Today the normal thing is that these networks are 1 Gbps, but there are already cables (Cat6a or Cat7) and switches capable of multiplying that speed by ten.

The main obstacle here is that there are still very few router models that offer these 10Gbps connections via ethernet cable, so I would not consider it essential and essential at the moment. If your router has the latest wireless technologies but maintains Gigabit ports, it is not the end of the world.

Neutral router, the wildcard that will allow you to be independent of the operators

The routers that operators usually provide when you hire their plans do not usually include the latest technologies, but you depend on them to be able to have a high-speed connection in your home. Therefore something worth mentioning is that the router you plan to purchase is neutral, so that we can connect it to the operator’s router and configure our own WiFi network independently.

A neutral router is not capable of receiving the signal that the operator gives you by itself and implies having one or more devices connected and working, but it has the advantage of being able to give you a more advanced WiFi network that you have absolute control over. The operator’s router becomes a simple modem, a signal receiver.

You always have the possibility of buying an ONT to replace your operator’s router, but be careful: It must be compatible with the protocols of the operator’s switchboard and you must obtain specific passwords that only the aforementioned can give you. And that’s if he wants to give them to you, because normally they don’t. That is why the most advisable thing here is to use a neutral router to avoid connection problems.

The ASUS RT-AX89X (423.95 euros) is a monster. WiFi 6, 10 Gbit ethernet connection and eight antennas that make sure to provide the best possible signal for a router of this category without being Mesh. A good choice if you prioritize blazing-fast cables over everything else. 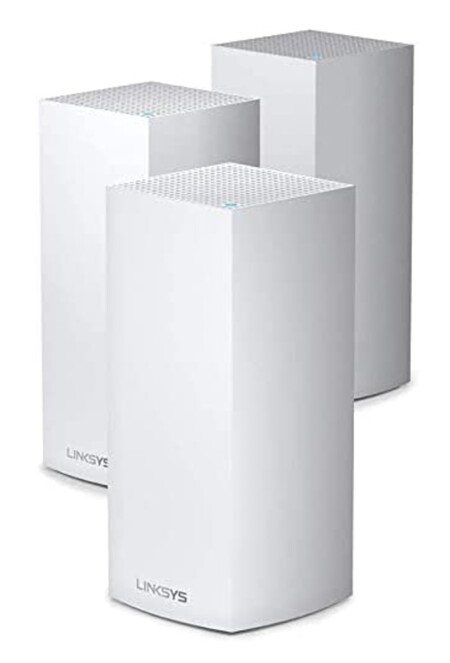 If 10 Gbps connections do not matter so much to you, another interesting option is that of Linksys with its WiFi Mesh Velop AX2400 nodes (615.59 euros). There are three nodes that, strategically distributed around your home, will generate a WiFi 6 mesh network capable of withstanding whatever you throw at it.

Amazon also has its own mesh network solution compatible with the WiFi 6 protocol. The three Eero 6 nodes (209 euros) are discreet and fit in any corner of the house where you have a free socket. They boast of being able to manage up to 75 connected devices without messing up. 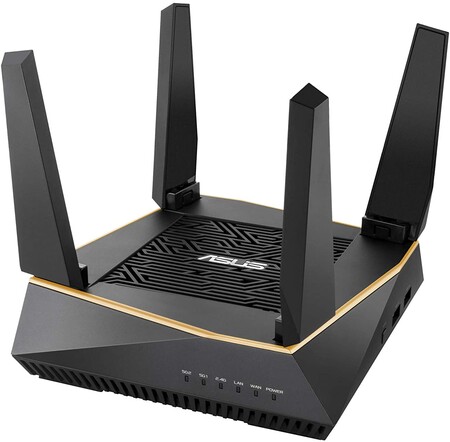 We ended up with this cheaper solution compared to the first router of the same brand that we have highlighted. We sacrifice the 10Gbps ports to come across this RT-AX92U (165.90 euros) that deploys a WiFi 6 network and allows it to be complemented with WiFi Mesh extenders.