The Israeli Prime Minister, Benjamin NetanyahuHe said on Wednesday that he did not rule out “going all the way” against the Islamist movement Hamas, if the deterrent option does not bear fruit, after almost ten days of bloody confrontations. 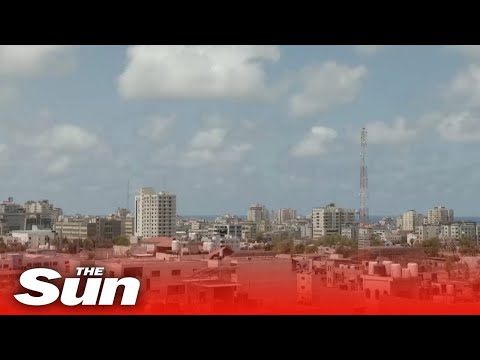 “There are only two possibilities to deal with them: either go all the way, which is still a possibility, or deterrence, and we are currently immersed in firm deterrence,” the prime minister told ambassadors in Tel Aviv.

“I must say that we do not rule out any option,” he added.

“What we are trying to do is precisely this: reduce their capabilities, their terrorist means, and lower their resolve,” he continued.

“We hope we can restore calm, and we hope we can quickly restore it. I mean we do this by doing our best to avoid civilian casualties, ”he explained.

Since this new cycle of violence began on May 10, at least 219 Palestinians – 63 of them minors – have been killed by Israeli bombings in the Gaza Strip, according to the local Health Ministry. On Israel, the rocket fire from Gaza has caused 12 deaths, according to the Israeli police.

The conflict erupted with a barrage of Hamas missiles against Israel in “solidarity” with the hundreds of Palestinian protesters injured in clashes with the Israeli police on the Esplanade of the Mosques in East Jerusalem.

The last great showdown between Israel and Hamas was in the summer of 2014. The conflict, which lasted 51 days, devastated the Gaza Strip and killed at least 2,251 Palestinians, most of them civilians, and 74 Israelis, almost all soldiers.

According to the criteria of

What is the coronavirus that emerged in China and how is it transmitted?

What is and how is the Coronavirus that emerged in China transmitted?

IT MAY INTEREST YOU: